. Prior to the race, I was running consistently in the Vibram Five Fingers for months, averaging 13-15km a day without any aches and pains.

I have now fully adapted to the Vibram Five Fingers and I am very excited to have them as a part of me and my journey as a minimalist, endurance runner 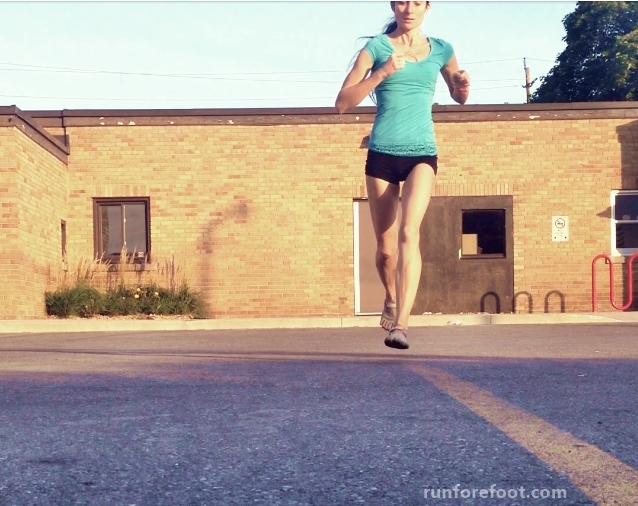 The distance was 8km and I was 3rd runner overall! I was also 2nd female overall, and 1st in my age group.

Not only did I set a personal best for the 8km distance, I shaved almost 10 minutes off my race time from last year! I was the only runner in the race wearing the Vibram’s

too, so I felt extra special.

Before fully transitioning to the Vibram Five Fingers, I was running in the Puma H-Streets

and my goal was to get as close to natural running as possible without running barefoot.

Don’t get me wrong, I love the rationale of barefoot running and respect the barefoot running community, however I prefer a little more protection in the form of a thin rubber sole, that’s all.

One day, I hope to convert to barefoot running

, but for now, the Vibram’s are a great start.

How The Vibram Five Fingers Improved My Performance 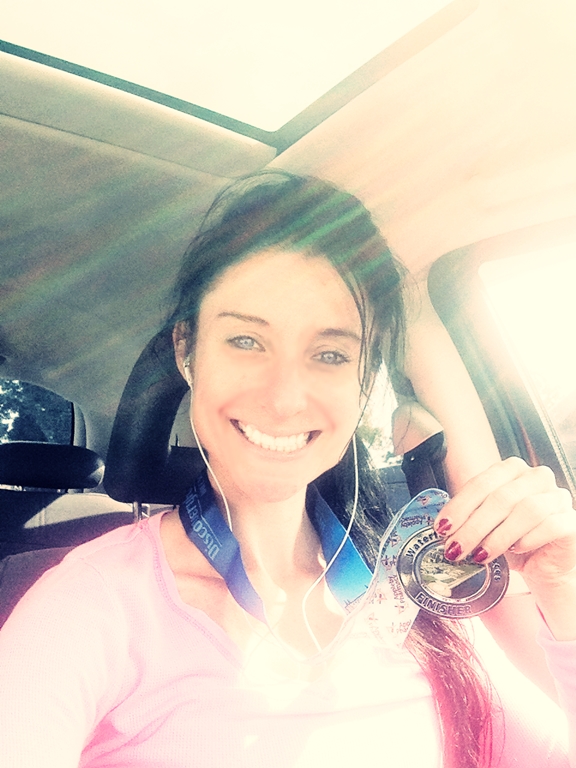 Dibaba ran barefoot before her professional career as a distance runner and has retained her barefoot running mechanics, i.e. running with a forefoot strike, high cadence, lower stride duration, and higher back-kick.

In my eyes, barefoot running enabled Tirunesh Dibaba, along with many other great Ethiopian runners, to have a strong foundation for flawless biomechanics which has played a prominent role to their stellar success.

Too Much Cushioning, Too Much Worrying

From my perspective, more cushioning and control features in a shoe creates unfavorable, unnatural conditions for the feet.

which in turn, complicates running -just look at the injury rates.

When running in the Vibram Five Fingers, the only thing your body needs to adapt to is the feel of the ground, that’s it.

Running in the Puma H-Streets, and now the Vibram Five Fingers, has allowed me to train consistently, everyday without knee pain, shin pain, back pain, foot pain, and all the other ailments related to running in the conventional shoe.

My foot strike mechanics have improved dramatically because the Vibrams allow my feet to accurately read the ground, helping me land softly and safely.

I feel stronger, not because I have been practically running barefoot on hard surfaces, I am stronger because I have learned how to interact with the ground lightly, more carefully, which strengthened my biomechanics in a timely fashion.

To see results in performance, you need to train consistently, without interruption from pain, or injury. In my opinion, what you wear on your feet will most likely determine how well you will run, from an injury preventive standpoint.

It is certainly naive to believe that running shoe technology has the power to make you run your best, when in reality, you need to learn how to run on your own instead of relying on a shoe to do all the work for you.

The best runners in the world, like the Ethiopian runners, achieved their exceptional biomechanics not because of a shoe, but because of barefoot running.

Forefoot Strikers vs Heel Strikers: Who Gets Injured More?

Forefoot Runners May Run Safer on Any Surface, Regardless of Surface Hardness

Forefoot Strike Running May Lessen the Work of the Arch