Heel pain not plantar fasciitis from running is due to the repetitive impacts of a heel strike landing and its deformative effects on the heel pad.

A study by Dr. Uffe Jorgensen, found the human heel pad is the most important shock absorber in the shoe/heel interaction. Yet, repetitive impacts is the underlying cause of most overuse injuries in recreational runners, most of which are heel strikers. 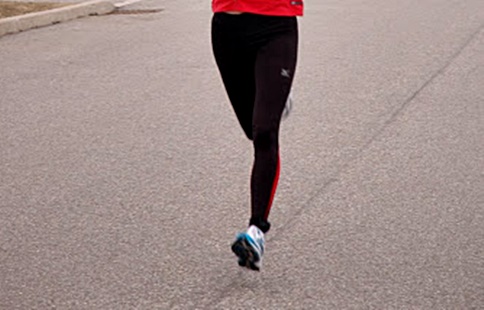 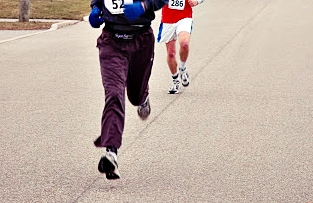 If the heel pad is vital for shock absorption, why is repetitive impact such a problem to many runners?

Perhaps the shock absorbing properties of the heel pad is suited for walking as humans mostly walk in a heel-to-toe strike pattern and generate very minor impact. Running on the heels, on the other hand, generates greater impact which may have adverse effects on the human heel pad.

Placing greater amounts of cushioning under the heel seems to be ineffective at preventing injury since we have not yet seen a decline in running-related injuries. Likewise, running shoes with low shock absorption, such as a minimalist shoe

, is considered a risk factor for overuse injuries, but only if a runner maintains heel strike.

Again, such findings generally imply that the heel structure seems to have no role in injury prevention with respects to running, so why run on your heels? If humans were built for heel strike running, the heel pad would do a better job at absorbing shock,  instead of deforming, and we would not need to rely on heel padding for help.