I always love continually raising the issue of how heel strike running hurts the knees and most notably, forefoot running is the best resolution for your knee and anterior cruciate ligament (ACL) problems.

Running with a forefoot strike, not a heel strike, gives you a stronger foundation for you to remain injury-free, especially your ACL, as the mechanical behavior of forefoot running prevents a stretched ACL as compared with heel strike running.

The key to understanding how to prevent a stretched ACL injury, you need to know how the ankle works in heel strike vs forefoot strike running. 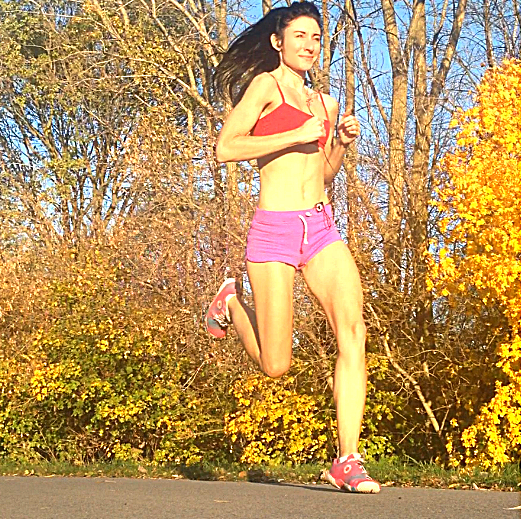 Forefoot running has enormous protection capabilities on the ACL simply because the mechanical activity of the foot/ankle complex was implicated in reducing impact loads on the ACL. A study by Fong et al. 2011 found that forefoot running increased range of motion of the dorsiflexors (small muscles that line the top of top of the foot and extend to the ankle) which was found to reduce ACL loading by stabilizing the knee and hip joints, making forefoot running a good, qualified choice for preventing risk of ACL injury.

Basically, range of motion of the knee-joint and ankle-joint can increase and decrease depending on the foot strike pattern during running (Valenzuela et al. 2015), and more specifically, the ankle functions in a different capacity in heel strike running than in forefoot strike running.

Studies have found that in heel strike running, the knee-joint has more unstable motions which may increase mechanical work and stress on the ACL to accommodate the increased motions of the knee. This is how ACL injuries may arise in heel strike runners. For instance, Valenzuela et al. (2015), found that heel strike running reduced mechanical efforts of the ankle which consequentially increased knee and hip movements, and given this surge in knee movements, may increase a runner’s risk of cruciate ligament strain.

Is Barefoot Running Good for You?

What is Earthing and How it Helps with Recovery