In general, the end-game in running is to avoid injury but unfortunately all along, many runners have been asking the wrong question: how much underfoot cushioning is needed to avoid injury?

What goes unrealized by many runners is that low-impact, mechanically effective running starts in the nervous system because it has the power to enable safer stride parameters and lighter landings when sensory and tactile information is received from the feet. This is especially true with barefoot running and is why barefoot runners produce significantly less damaging forms of impacts because optimal impact-moderating behaviors and pressure and pain-sensitive nerve function are more likely found in these runners as compared with runners who run in thickly cushioned running shoes. 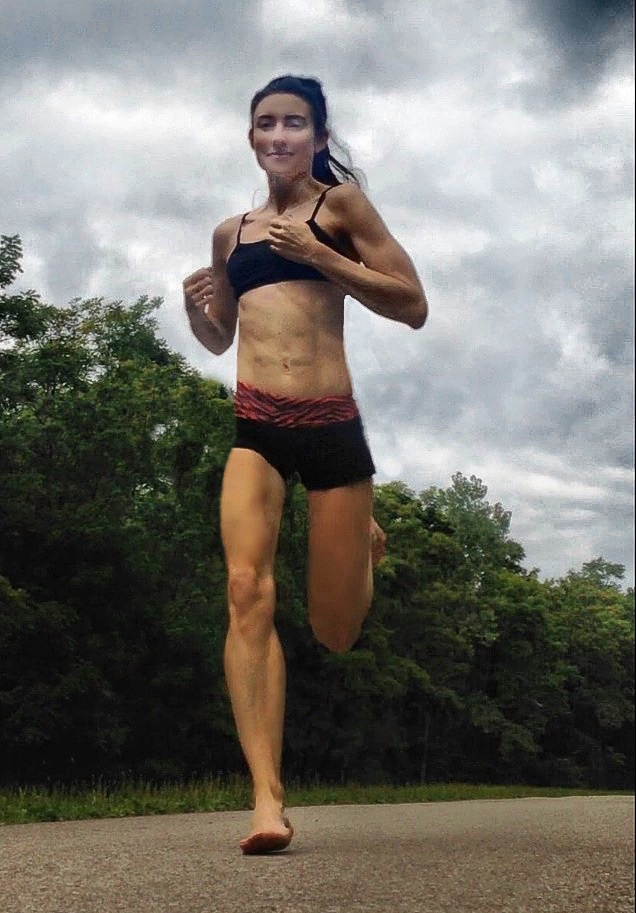 To that end, barefoot runners are more capable of running with less impact because of better proprioception (sensory feedback loop in the nervous system responsible for limb and joint position sense) which is proven to be more optimized as compared with running in thickly cushioned running shoes.

Research shows that the human sense of plantar (underfoot) tactile stimuli is enough to enable runners to run safer when barefoot on hard surfaces or in barefoot-like minimalist shoes than in cushioned footwear. For instance, a study by Nurse and Nigg (1998) showed that humans have an innate ability to detect and respond to external stimuli when barefoot and this heightened sense of proprioception aids in safer landing strategies during running.

In getting into more detail on how proprioception works and what’s involved in it at the feet, neurons or nerve cells that convey pressure and tactile thresholds from the plantar surface to areas of the brain have intimate connections with the most primitive parts of the human brain: the cerebellum and brain stem. These areas govern spinal reflexes that regulate gait acquisition during barefoot running. Simply put, when you run barefoot, the nerves in the feet are better at communicating with the nervous system of which in this capacity, produces better monitoring of foot posture and foot strike intensity at touchdown which can be better for injury prevention because your initial reaction is to land lighter.

Therefore, plantar tactile stimuli appears to trigger subconscious (reflexive) mechanical responses before arriving at the brain’s thinking area (the cerebrum) for conscious assessment. But what happens if the neurological proprioceptive feedback loop is blocked at the feet? Thick cushioned running shoes does just that and because of the consequential plantar proprioceptive deficits, joint mechanics may become altered to a non-functional manner and overall, a great deal of unconscious processing of underfoot pressure and tactile thresholds may be impaired during running.

For now, the evidence is abundantly clear that cushioned underfoot materials have a strong influence on movement behavior, stride mechanics and impact mechanics. Of significance, according to many studies, thick cushioned running shoes may strongly determine the trajectory of your foot strike placement when running as runners who wear thickly cushioned running shoes typically heel strike, landing also with greater downward force and braking whereas a forefoot strike landing (shown below) that’s less force-intensive is strikingly common in barefoot runners and many minimalist shod runners. 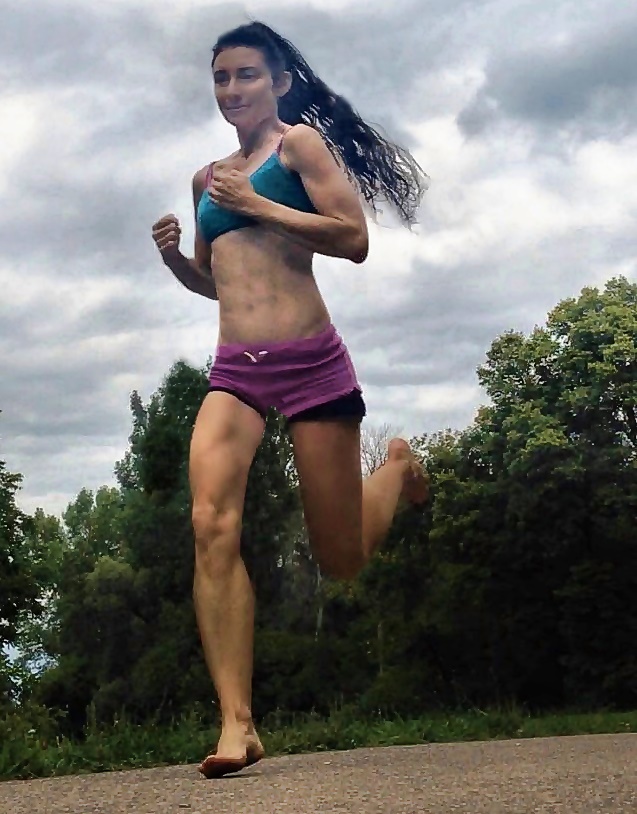 Lastly, since most habitual barefoot runners land forefooted, strongly implies that the forefoot strike may be adaptively primitive, and thus humans may be wired for forefoot running, not heel strike running. Humans are not only Born to Run, but we’re born to run with a forefoot strike.

Nurse MA and Nigg BM. Quantifying a relationship between tactile and vibration sensitivity of the human foot with plantar pressure distributions during gait. Clin Biomech, 1999; 14(9):667-672.

If you’ve enjoyed and found my content informative, you’ll LOVE my content on my YouTube Channel, here, where I go more in depth about the health and performance benefits of barefoot running and more on the hot-button debate: heel strike vs forefoot strike running.

If you’d like, you can support Run Forefoot and help keep it going strong by making a donation in any amount of your choosing