When the bestselling book Born to Run came out around the same time as Dr. Daniel Lieberman’s pioneering work on Kenyan barefoot runners, both bodies of work introduced the idea that the body’s proprioceptive sense is a key organizer in shaping balanced, functional, effective and safe running mechanics.

Proprioceptive sense, or proprioception, is defined as the constant sensory feedback loop of the nervous system that informs your brain about your body’s position and the forces acting on your body. Our proprioceptive system also plays a critical role in maintaining the body’s natural mechanical and reflexive defenses against high impacts while running barefoot. 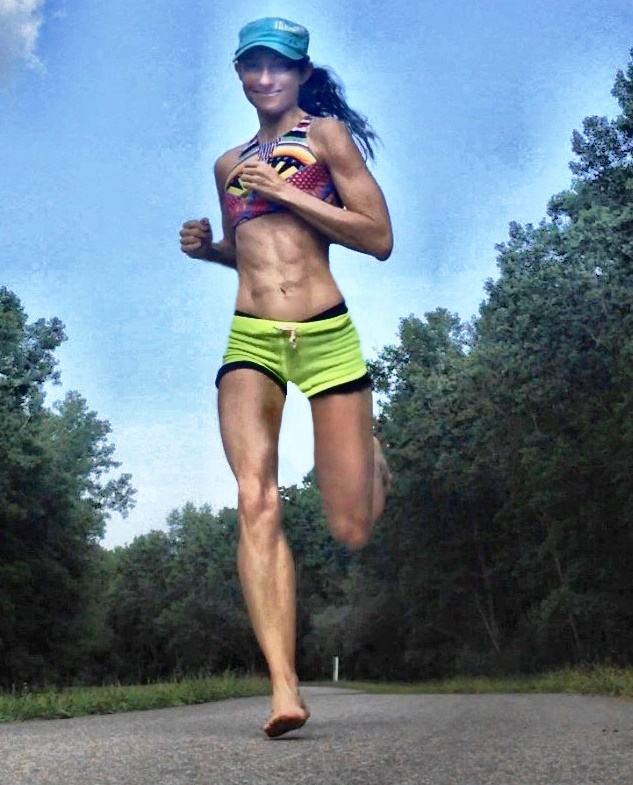 Sensory input from the underfoot surface is a big part of the body’s proprioceptive system that goes into activating one of the body’s vital mechanical defenses called the impact-avoidance behavior reflex. It turns out that the bottom of the feet are extremely densely populated with proprioceptive nerves that send important information regarding touch and space to areas of the brain involved in spatial perception, movement coordination, balance control, reaction time and foot strike intensity.  One proven way to optimize this foot-brain connection more fully is to be barefoot.

When you run barefoot, especially on harder surfaces, your body makes reflexive adjustments through the impact-avoidance behavior reflex which directly helps you assemble more functional and safe mechanical outputs, such as a forefoot strike landing, an initial foot strike position close to your center mass, increased knee flexion (increased knee bend) at touchdown, higher cadence (the number of steps you take per minute), a slightly shortened stride and a faster removal of the foot off the ground. The net effect of all this seems to help shape a contact with the ground that’s so brief that certainly impact variables are not fully produced as compared with heel strike running in thick cushioned running shoes, and is how running barefoot may help you better tolerate longer, harder, faster miles while simultaneously keeping your feet engaging actively which will speed up the process of developing functionally stronger feet.

Most exciting, the more your run barefoot, the more it improves sensory nerve feedback and can prepare your running form more effectively in advance of running in shoes. This is the important advantage running barefoot has over learning how to run forefoot in thick cushioned running shoes.

Why Learning Forefoot Running in Thick Cushioned Shoes May Be Risky

All along, runners have been asking the wrong question: How much shoe cushioning do I need to run better and safer? Research by Dr. Steven Robbins, MD, and others uncovered the fact that trouble tends to begin in running when there’s a simple lack of ground-feel at the feet as it may prevent the proprioceptive system along with the impact-avoidance behavior reflex from being used more effectively.

For one thing, blocking the proprioceptive sense at the feet via thick underfoot cushioning has been found to have a large effect on impact mechanics whereby the thicker the underfoot cushioning, the more different varieties of forces produced, the greater the excessive vertical impacts at landing, the greater the rates of loading on the shins, the greater the compressive loads on the knee and the longer the brake force duration period, all of which accounts for all the forces linked to overuse muscular and bone injuries.

On a personal note, my biggest mistake when switching from heel strike to forefoot strike running is I learned to run forefoot in traditional running shoes instead of running barefoot, or at least in thin sole shoes that deliver adequate ground-feel and support the natural anatomy of the foot. As a consequence, I suffered a fractured foot, a partially ruptured Achilles tendon and a tibial fracture along the way.

The biggest takeaway is that in keeping with the facts, when learning forefoot running, it may be a better strategy to always put barefoot running first in efforts to reign in your worst mechanical impulses, like pounding the pavement heel-first, over-striding and over-extending your knees.

Walking barefoot is just as equally important, too, because it has more influence on continually improving foot health than athletic shoes. Walking barefoot, especially on natural uneven surfaces, was found to be associated with the greatest increases in intrinsic muscle activation which led to immediate improvements in widespread muscle tone, muscle volume and muscle, tendon and bone strength in the foot. This is why barefoot walking, aside from running barefoot, always fits so nicely into the role of injury prevention because when the feet are strong, your stability is strong and when your stability is strong, your chances of injury decreases.

To that end, being barefoot, whether walking or running, works in making you more mechanically effective, it livens gait reflexes, your feet become stronger and your footsteps become more stable, overall making you much less vulnerable to the ravages heavy mileage on the roads and trails and definitely makes you more physically resilient in the face of hard training.

Here’s more on what tapping into the foot’s proprioceptors via barefooting can do for you:

Muscle Control – The proprioceptors in the feet contribute to safer landings during running by regulating knee flexion at touchdown.

Balance – The nerves in the feet are always communicating to the nerves in the joints of the ankle, knee and hip, for the maintenance of good balance and stability during running.

Less Conscious Effort to Run – As you improve your proprioception, your reflexes will improve also and you will gradually learn to run with less conscious effort, which takes a huge load off of energy demands!

If you’d like, you can support Run Forefoot and help keep it going strong by making a donation in any amount of your choosing: https://www.paypal.me/RunForefoot