Further proof that running shoes alter running foot strike pattern. Experts speculate that heeled running shoes i.e. the traditional running shoe, forces a runner to heel strike and the big assumption is that if we grew up running barefoot we would be forefoot strike runners.

A study by Warne et al., (2014) recently revived this speculation when they found that 80% of the heel striking-subjects opted for a forefoot strike when they transitioned from the traditional running shoe to the Vibram Five Fingers, shown below. 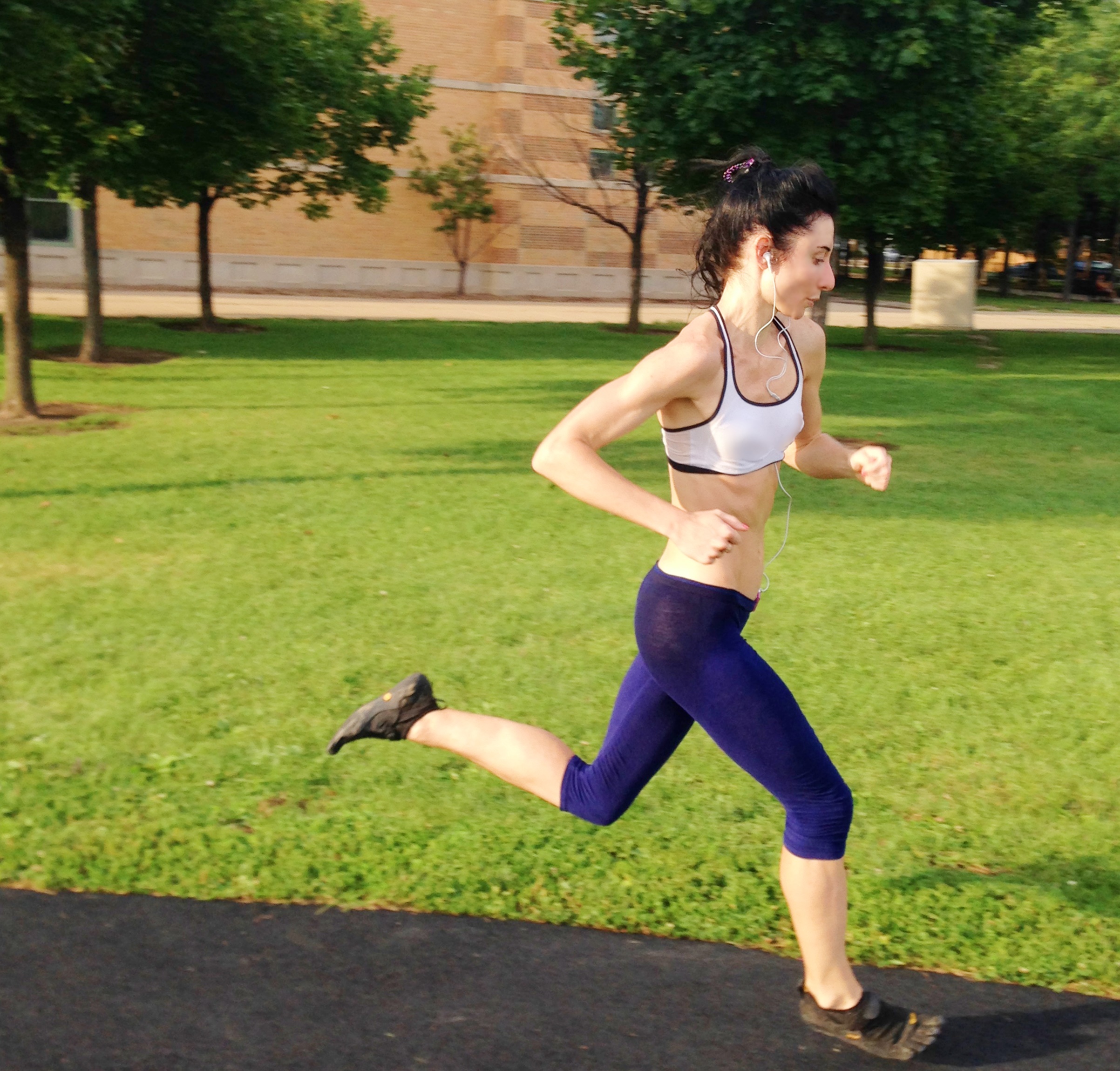 Runners are better able to adopt a forefoot strike in a pure minimalist shoe than in the traditional running shoe. Why? 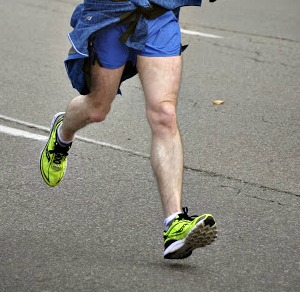 The explanation was obvious in that a reduction in sensory feedback of the plantar surface is due to the shoe elevation as well as the cushioning in the traditional running shoe, shown above.

Sensory feedback is something runners take for granted.

A more detailed explanation on the underlying mechanism of how the traditional running shoe facilitates heel strike is that heel elevation reduces plantarflexion as well as the vertical shank angle essential to achieve a forefoot strike.

The architectural parameters of a heeled running shoe just makes it harder to strike the ground with the forefoot first. Even the smallest heel elevation is enough to have an observable effect on foot strike pattern, manifesting chronic changes to running technique overtime.

When the majority of your foot is elevated off the ground, it is difficult to monitor movement, and foot strike is greatly underestimated when running.

The fact that injury rates remain high in joggers reflects the consensus and urgency to eliminate the heeled running shoe. Understanding that changing your preference in shoes to a barefoot-inspired shoe governs biomechanics and is crucial for your future health as a runner.