The main purpose of minimalist running shoes is to replicate the barefoot condition so that functional and strength deficiencies of the feet can be improved as well as neuromuscular coordination and reflexive responses all of which hones your ability to move better, making it easier for you to avoid injury.

One appreciated asset of most minimalist running shoes is a wide toe-box which makes the toes more functionally usable because they’re able to spread, flex, bend, extend and relax which have been found to be incredibly effective in improving both static and dynamic balance. 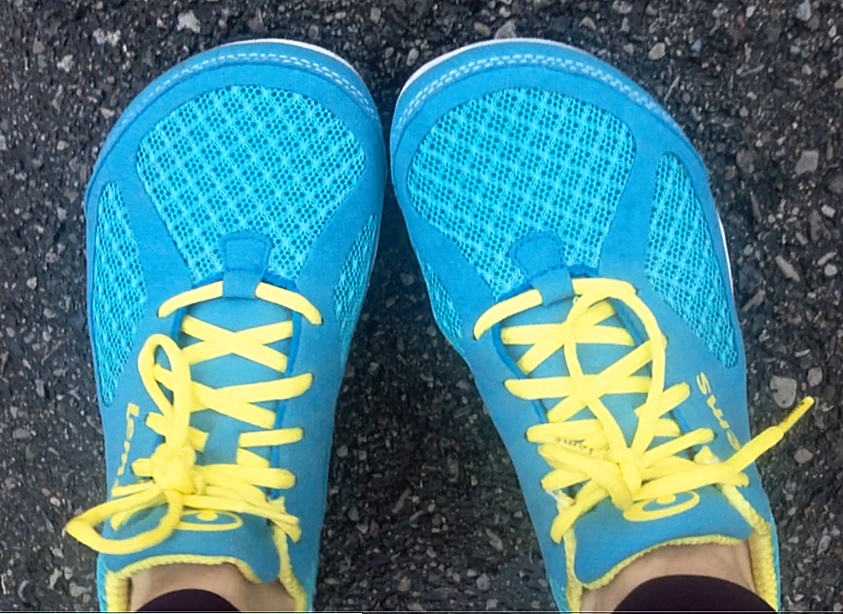 At the same time, greater toe splay during running and walking can also help spread out plantar (sole of the foot) pressure across a larger area of the foot, so the impact can be absorbed without creating dangerous peak pressure hot spots on the foot. In this way, a bony fracture of the foot may be avoided because forefoot loading is sharply reduced as compared with running in narrow shoes of which toe spreading and flexing are extremely limited. This was found to have a negative ripple effect up the leg in that a narrow shoe was found to impair key movements within the metatarsophalangeal joints which in turn may compromise the lower extremity kinetic chain. In other words, running in narrow, stiff shoes may push the joints that make up the foot out of a safer range which could eat into your ability to uphold safe lower leg mechanics. These are just some of the competing effects driven by narrow footwear that may keep injuries going.

Another point worth mentioning is narrow shoes are not ideal for the anatomical health of the foot as chronic use of such footwear will eventually give rise to an abnormally narrow forefoot with minimal space between each toe, especially reduced space between the hallux (big toe) and the remaining toes.

Comparatively, a larger distance between the big toe and the remaining toes (shown below) goes a long way for bringing better outcomes in injury prevention.

A long line of studies have found that a larger separation distance enables the big toe to freely assist in plantar loading distribution, directional stability and weight shifting during forefoot running.

Likewise, more research on the influence of toe spreading on plantar pressure distribution and balance control has focused on habitual barefoot runners of which habitual barefoot runners, who typically run with a forefoot strike, not a heel strike, were found to have greater separation distance between the big toe and the other toes which contributed a greater extent at alleviating forefoot over-loading and peak pressure while the other toes aided in stronger balance control as compared with heel strike runners in traditional running shoes.

Bottom line, when it comes to meeting the functional needs of the feet in a way that sustains well long-term, there’s too many negative aspects to traditional running shoes than positive and that one of the easiest ways to keep the feet in an activated, fully-functional state and to have better stabilizing effects from the ground up is to spend more time in minimalist running shoes or even better, barefoot.