Recreational running is arguably more popular now than ever before. It seems like more “normal people” – folks who don’t get paid to run as part of their jobs – are signing-up for races than ever before, with many folks starting with their local 5ks and 10ks and moving up the endurance ladder to 15ks, half marathons, marathons, and even ultramarathons. 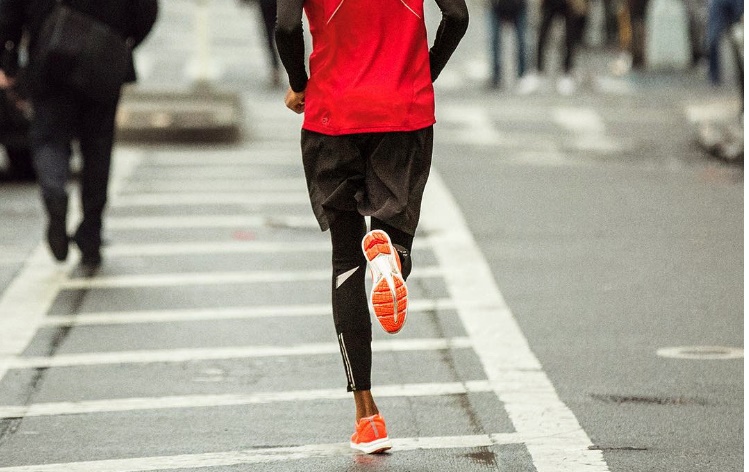 The determination and grit it takes to complete any distance by running is unparalleled, but of course, it also takes a lot of training and planning to be able to develop the endurance to knock-out the distance. Most people can’t simply show-up on race day and complete a race longer than a 5k, and I think that most people who just show-up and hope for the best sorely regret their decision later! To be able to successfully complete a race, runners need to first develop their endurance, and that effort can take weeks, if not also months, before they toe the starting line.

I’ve been running for a long time now and have run everything from sprints on a track, as part of my middle and high school track teams, all the way up to a 50k trail ultramarathon. Based on my own experiences, here are some of my own recommendations about how you can safely increase endurance as a runner:

Tips to Increase Endurance for Running

Run-Walk It Out. Particularly if you’re just beginning to run, but even if you’ve been running for a long time and want to conservatively and safely (and intelligently!) increase your endurance, using a run-walk strategy can be an incredibly effective method.

Run-walk ratios can take on unlimited shapes, but for starters, consider using something simple, like a 3:1 or 4:1 ratio – run three (or four) minutes, walk one minute, and repeat. When you run, you should be doing so at a comfortable clip; if nothing else, ensure that you’re running at a pace that would still allow you to chat with a friend or even sing. If you can’t do either of those activities, then you’re likely going faster than you need to be.

A benefit of using a run-walk strategy is that you’ll be using your muscles in different ways, which can help you avoid fatiguing your muscles as quickly as you would from exclusively running. Walk breaks can also let your heart rate come down for a moment, and it’ll probably be easier for you to quickly catch your breath than it would be if you were constantly running. Even very fast and very accomplished marathoners use run-walk strategies during their races, so don’t think that run-walk routines are only for slower runners.

Speed kills. Be Cautious! We runners usually want to accomplish everything to the absolute best of our abilities, which is great most of the time, but when it comes to safely increasing our endurance, it’s actually better to hold things back a bit and restrain yourself. It is super tempting to run really hard every single time we lace up, but it can quickly become a recipe for disaster – and especially if you’re interested in increasing your endurance.

Running is a full-body exercise, and if you go run at 100% every single day, you’re increasing the likelihood that you’ll injure yourself practically exponentially. Go easy instead. When you’re working on increasing your endurance, going slow is often part of the recipe of going long. Like I said in the previous paragraph, you should be able to comfortably sing or casually chat when you’re running; if you can’t, you’re probably running at a higher effort or a faster pace than necessary.

Don’t compare yourself to other runners on social media, making yourself think that you should be going faster than you currently are, and don’t worry about your neighbors seeing you running “so slowly” outside. Worry about yourself, and make sure that you’re running in a way today that will allow you to safely run again tomorrow.

Increase Your Mileage Cautiously. In the running world, one of the golden rules is to not increase your week-over-week distance and volume by more than ten percent. This rule usually works for most people, but it is important to note that it’s a bit arbitrary because it completely depends on your running base when you began.

If you’re interested in increasing your endurance, consider an alternative: listening to your body. At the end of the week, if you’ve run 15 miles and feel great – without any pain or minor aches – consider running 16, 17, or 18 miles the following week. Conversely, if you run for twenty minutes each day, maybe consider adding just a few more minutes into your runs for a week and see how you feel. The important thing is that you don’t increase your mileage very aggressively because you have to allow it to reap the training adaptations that you’ve set out.

Jumping from 15 to 17 or 18 miles is reasonable, but going from 15 to 30 in a week’s time is fairly egregious. Don’t let your ego get ahead of you. It’s so much better to be conservative when you’re in the throes of building endurance because adding on too much, too soon, can throw an injury your way and set you back days, if not also weeks or months.

Give Your Running Muscles a Break and Get Stronger by Cross-Training. Runners often get injured because they’re constantly using the same muscles week after week, and unfortunately, running typically only lets runners move in one plane of motion, leaving them with vulnerable and with potential muscle imbalances.

Cross-training – that is, participating in other non-running exercises – is a great way to give your “running muscles” a break but also still get in a solid workout: and one that can help you build your endurance, too. Runners often enjoy swimming, pool running, or even cycling on their non-running days, and these no-impact activities can do wonders for runners’ bodies, as they let them take a momentary break from the incessant pounding that running brings.

Run Trails. Trail running can not only be a wonderful escape from the monotony of running pavement or city streets, but it can also be a great way of increasing your endurance. Trail running can take many different shapes – such as flat and shaded forests, all the way up to technical, exposed, hilly single tracks up the side of a mountain, and everything in between – but what matters most is that trails can incur a lot of benefits to runners that they don’t necessarily get from running on roads.

Trail running helps increase runners’ endurance because usually, trail running offers more challenging terrain – sometimes technical, sometimes steep, and sometimes both – and by working against gravity and/or the varying terrain, runners’ typical paces on trails are usually much slower than what they post on pavement; for example, if you’re an 8-minute road miler, you may very well be a 12+ minute trails-miler, depending on the terrain and elevation. Incorporating trails into your running can help you gradually increase your endurance, and as an added bonus, it can also give you an amazing change of scenery for your weekly runs. Plus, trails are often gentler on the body than pavement.

Coach Knows. If you’re really interested in upping your endurance as a runner, you might also want to consider hiring and working one-on-one with a coach. Using a coach will help you remove the guesswork from developing your own running program because coaches can usually develop training specific to you, catering to your own personal strengths, weaknesses, and history; more importantly, though, coaches are trained – and typically have many years of personal experience with running, themselves, and with coaching others – to create training plans that safely elevate runners’ endurance week after week.

Working one-on-one with either an in-person or virtual running coach can help minimize some of the risk that running brings and thus, help you avoid injury while also helping you increase your endurance and your aerobic capacity. Do a fair bit of research before signing-on with just anyone, though; personal fit between athlete and coach matters.

Hopefully my personal words of advice above will help you safely increase your endurance as your interest in running longer distances increases. More than anything, I cannot implore you enough to take things slooooooooowly and to be very conservative, especially when you’re first starting out. You don’t want to be the prototypical injured runner who did things too much, too fast, too soon, so even if you think you’re totally capable of handling longer distances or faster speeds, don’t. Just like with all things running: one step at a time, my friends. 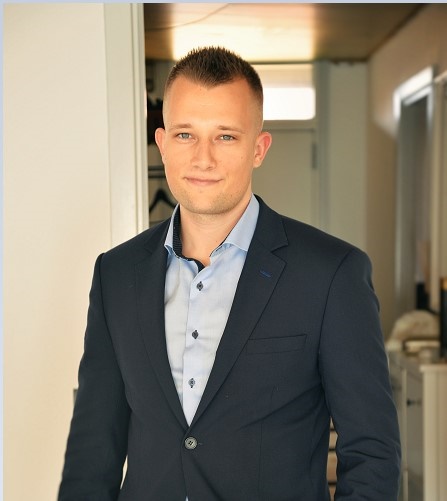 Writing from Copenhagen, Denmark, Dan is an entrepreneur, husband and ultramarathon distance runner. He spends most of his time on runnerclick.com and he has been featured on runner blogs all over the world.