A unique characteristic of our feet is that they actually prefer harder surfaces vs softer ones for running –this includes not wearing the softest running shoes.

Wearing a cushioned shoe increases mechanical shock on the leg and exhausts the ankles during running.  Because of this, you will learn forefoot running a lot faster if you avoid wearing softer running shoes. 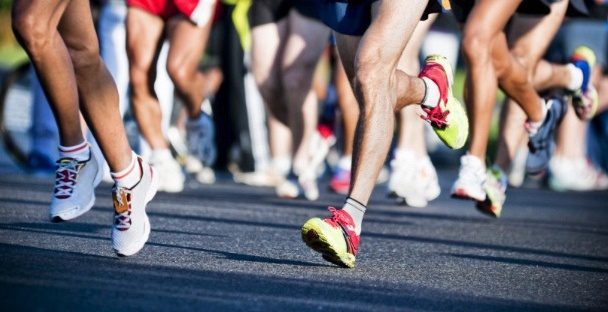 Presumably, runners would benefit the most in a softer running shoe. However, in a review paper, Robbins and Gouw used data from several earlier studies, where researchers discovered that the softest running shoe produced the greatest amount of shock in runners, suggesting that runners are better off running barefoot or at least, in barefoot-simulated footwear. Why?

However, soft running shoes are a considerable problem because they reduce impact-moderating behavior which in turn, exposes the musculoskeletal system to greater shock. Thus, the clinical usefulness of soft running shoes remains questionable.

Robbins and Guow suggested that softer running shoes increases vertical axis stiffening because the runner struggles to gain secure support in response to an unstable surface, that being the soft running shoe. The result is a sharp increase in ankle angulation in attempt to stabilize the plantar surface when soft running shoes are worn.

In proof of this, Leuthi et al. found that the ankle angulation rate soared to 112% when barefoot runners ran in soft running shoes.

Soft running shoes reduce proprioceptive input from the feet, which in turn, frays the communication lines to the proprioceptors in the ankles. This is why it is common to endure a loss of a sense of equilibrium when walking and running on unnatural soft surfaces.

This may also explain why forefoot running learners struggle with Achilles injury.