For the forefoot runners who struggle with injury —zero drop running shoes will help! I have been there and wearing running shoes with an elevated heel will not help you prevent injuries. Here are 3 reasons why. 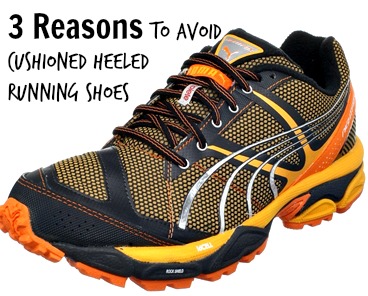 Forefoot running is useless for preventing injuries if a heeled running shoe is worn because these shoes grossly alter posture and biomechanics.

To make running gait as efficient and stable as possible in these shoes, greater neuromuscular strategies compensate for the postural alterations, and therefore, more energy is expended. This jives with reports that associated heeled running shoes with a higher metabolic cost compared to minimalist running shoes.

Another downfall to forefoot running in heeled running shoes is that the vertical position of the center of mass (COM) becomes elevated, resulting in greater gait instability.

Many researchers agree that under-heel cushioning encourages a heavier foot strike which also increases global plantar pressures. Over time, repetitive exposure to high plantar pressures while running has deleterious effects on foot health such a causing a metatarsal stress fracture.

Minimalist and Barefoot Running is Best

Past reports have shown that during running, flat thin cushioned running shoes or running barefoot minimizes plantar pressures by encouraging a forefoot strike — a lighter foot strike compared to a heel strike.

Minimalist shoes are also more flexible than most cushioned heeled running shoes which is absolutely critical and essential for maintaining intrinsic foot strength and improving load redistribution to the toes. The importance of this too, is that flexible shoes allow mechanical stimuli to surge whereby increased muscle strength reflects the heightened mechanical stimuli.

Running forefoot properly is all about the proper footwear (or lack-thereof). Be sure to check out my reviews on zero drop running shoes. In the meantime, stop by my Facebook page, where I talk about topics related to forefoot running, barefoot running, on a daily basis.

How to Maintain Your Forefoot Strike