High cushion running shoes may feel good, but they are actually damaging to the lower leg, especially to the Achilles tendon. Over the past decade, there have been revolutionary findings about the damaging effects of running shoes with cushioned support and motion control features. 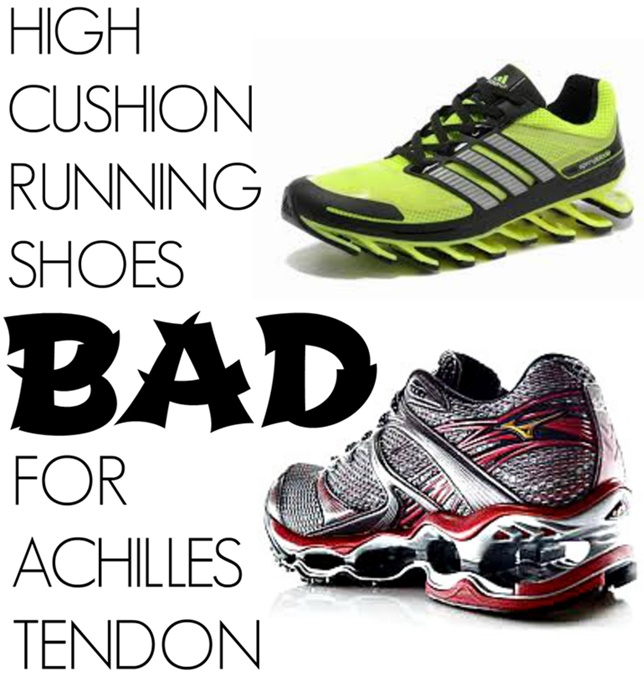 Similar findings were reported by Donoghue et al. (2008) who compared lower leg kinematics during barefoot and shod running in runners with a long history of Achilles injury to healthy runners.

The findings imply that cushioned running shoes unleash a bad mix of functional and structural misalignments of the foot/ankle complex during running and these shoes burdens a runner with additional kinematic demands due to undesirable levels of pronation, increasing the risk of Achilles injury.

From this, we can no longer accept cushioned running shoes in roles traditionally assigned to treat Achilles injury because their contributions are pervasive and less worthy of helpful. How Pronation Differs in Forefoot Strike and Heel Strike Running

How to Increase Cadence