Is running uphill bad for your knees? There is no reason to get injured when running up a hill. The one exception however, is heel striking when hill running. But, in general, we’ve all felt frustrated and over-worked when doing hill repeats, and unfortunately, many of us have even suffered an injury. In fact, one study found that ultra-marathoners who got injured, sustained their injury because they had greater eccentric loading while running uphill. To account for this, the majority of these runners used a heel strike running style, a form of running which places greater mechanical demands on the leg, especially on the knees.

I’ve written about the repercussions of heel striking when running up a hill, but I came across another study which goes into detail about how heel striking during hill running leads to greater eccentric loads on the ankles, shins and knees, causing injury. 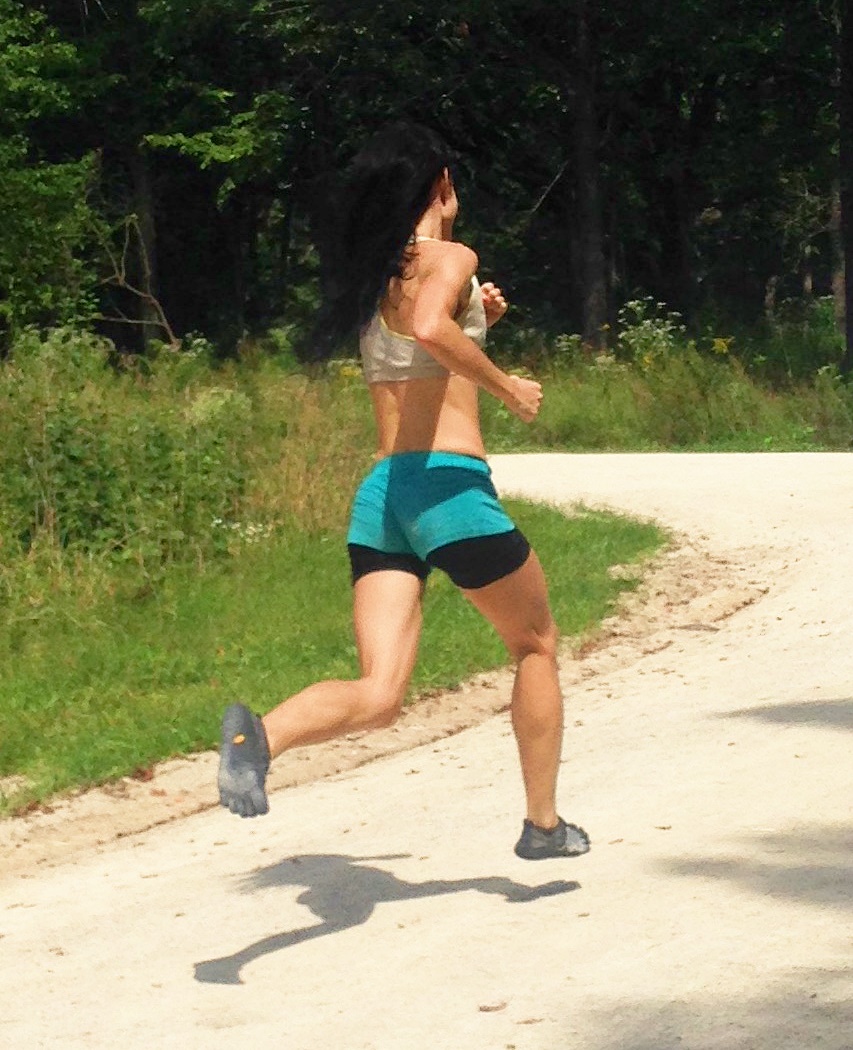 Is Running Uphill Bad for Your Knees?

When you heel strike up a hill, eccentric loading (muscle and tendon stretching) on the leg increases as the foot pushes the body up the hill. Similarly, the knee is less flexed and rapidly more extended at heel strike, which may also stretch-out the knee ligaments. In line with this, Fallon 1996, found that runners who sustained a knee injury during an ultra-marathon, ran with a smaller knee flexion range when running uphill vs running downhill, suggesting that the knee joint may have been more extended, and therefore, the muscles and tendons of the lower leg may have been eccentrically stretched too much. This kind of eccentric activity, especially under the high impact nature of heel strike running, results in excessive loading on the leg, and combined with muscle fatigue, you get tendon inflammation (Curwin and Stanish, 1984).

Another biomechanical factor that increases eccentric loading on the legs when heel strike running uphill, is the repetition of forefoot lifting (ankle dorsiflexion) to make heel strike possible, which is performed by many of the tendons in the ankle and shin, and was found to be a common cause of lower leg injury, particularly tendinitis of the foot dorsiflexors, patellar tendon, and Achilles tendon (Fallon, 1993)

So what does work to eliminate your chances of injury during hill running? As I always stress, you need to keep your knees softly bent at all times! This helps ease some of the eccentric loading. And of course, make sure you are landing properly on your forefoot.

Lower Back Pain From Running