Is it really possible to run without getting injured? Not only is it possible, it’s easy, if you run with a forefoot strike, not a heel strike. But if you are making the transition from heel strike to forefoot strike running, I would strongly advise that you do some of your runs barefoot, and that you do the majority of your runs in barefoot-inspired running shoes. In fact, the Merrell Vapor Glove minimalist shoes are one of the most preferred barefoot-feeling footwear by most forefoot runners.

Most running shoes are deceptively marketed as being safe, yet we are all too familiar with the high injury rates in recreational runners. After all, the wrong running shoe will cause you to heel strike, which elevates your risk for injury.

In reality however, the best minimalist shoes for forefoot running are those that simulate the barefoot running style. These shoes include the Merrell Vapor Glove.

Kowalski and Li (2015) found that runners who trained in the Merrell Vapor Glove adopted a forefoot strike landing which resulted in an absent impact transient during downhill, uphill and level ground running.

The researchers compared ground reaction forces during uphill, downhill and level ground running in habitually forefoot runners who were instructed to train in the Merrell Vapor Glove. The runners were told to train in the Merrell Vapor Glove because of its barefoot-like nature which serves as a proprioceptive guide to adequate forefoot landing behavior.
In contrast, runners who wear thick, cushioned running shoes have a greater tendency to heel strike, generating more impact transients during running.

One of the greatest worries in running is running downhill safely. Unlike forefoot runners, heel strike runners have a greater braking force and impact transient when running downhill. The researchers found that during downhill running, the forefoot runners ran with considerably less braking and an absent impact transient as compared with heel strike runners in related studies. The researchers concluded that forefoot running, especially in a minimalist shoe that simulates the barefoot running style may be a more effective method when approaching hills. 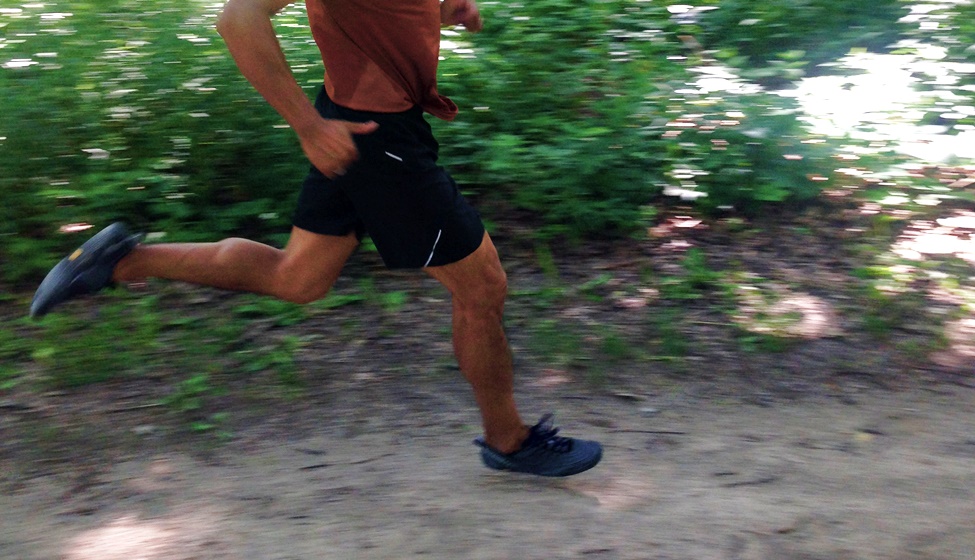 The advantage of forefoot running in the Merrell Vapor Glove is that the thinness of the shoe increases the natural tendency to avoid discomfort by making runners land less aggressively.

This study definitely helps draw a distinction between good and bad running shoes for forefoot running, making the case that barefoot like running shoes, such as the Merrell Vapor Glove, leads to better form habits during running.

Is Stretching Before Running Bad?

Why You Got a Toe Injury From Running