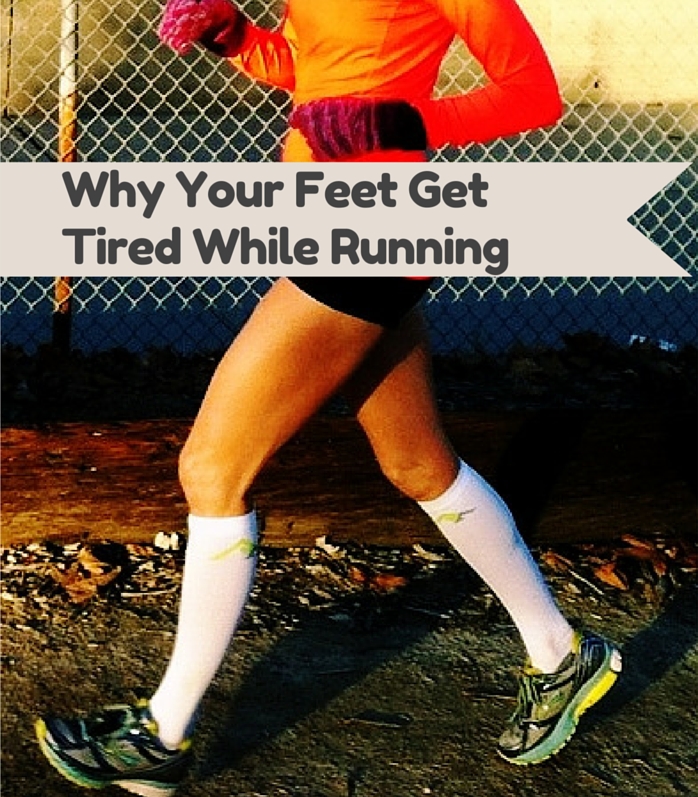 Overpronation is even greater towards the end of a run as well [1]. The problem is however, overpronation leads to foot-ankle fatigability which jeopardizes performance.

Why You Get Tired Feet When Running

So how does heel striking-induced pronation cause fatigability in the feet and ankles?

To make matters worse, when the plantar flexors are tired, they are unable to control pronation, resulting in more pronation and more loading under the medial longitudinal arch [2 ].

The best way to prevent ankle and foot fatigue during running is to avoid heel strike and to wear zero drop minimalist shoes. For instance, landing with a forefoot strike is associated with significant reductions in pronation as compared with heel strike running, suggesting that the mechanical properties of a forefoot strike landing may also protect the medial longitudinal arch from overloading.

Why Forefoot Running is Better – Learn why forefoot running is helpful to performance and injury prevention.

Heel Strike vs Forefoot Strike – An engineer’s perspective on the differences between forefoot running and heel strike running.

Why You Keep Getting Injured– Here I list all the injuries that are linked to heel strike running.

[2]. Weist R, Eils E, Rosenbaum D. The inﬂuence of muscle fatigue on electromyogram and plantar pressure patterns as an explanation for the incidence of metatarsal stress fractures. Am J Sports Med. 2004; 32(8):1893–1898.