The best way to prevent running-related bone injuries of the lower extremity is by monitoring your foot strike during running, making sure that you land on your forefoot and avoid initial contact directly on the heel. 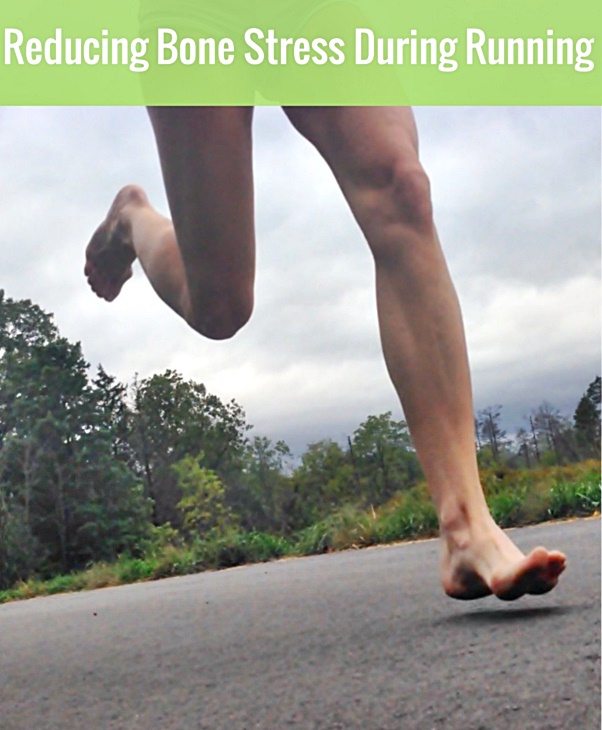 In running, the amount of bone deformation contributing to bone stress depends on the loading magnitude [1], which in turn is directly influenced by foot strike whereby a heel strike landing relates to higher rates of loading compared to forefoot running.

Over the past decade, evidence has mounted suggesting that in forefoot running, the impact transient of the ground reaction force and mechanical overloading are significantly reduced, thereby cutting down on the risk of repetitive bone strain and injury.

In heel strike running however, bone strain is greater at touchdown because the center of mass is farther behind foot strike position, which increases joint and bone compression, and increases strain on the longer bones [4].

Also, the loading in heel strike running may exacerbate bone stress in runners with maligned limbs who would otherwise benefit from forefoot running due to the less loading factor.

Running uphill may also pose problems for a heel strike runner as it may affect the load-bearing capacity of the bone, accelerating bone strain and micro-damage accumulation.

(Click here to read more on the differences between forefoot running and heel strike running).

In long distance runners, common sites of bone stress injuries are the long bones, specifically, the tibia, femur, and fibula.

If you are worried about bone injuries, consider forefoot running as it lightens the load applied to the long bones, creating optimal conditions for the ability of the bone to resist deformation.

Click here to learn forefoot running and protect yourself from injury!

Dropping the Heel in Forefoot Running