Fundamentally, there are 2 ways heel strike runners get injured more than forefoot runners:

1. The body/ground collision at heel strike.

Ultimately, because of the cushioned running shoe, heel strike runners are never exquisitely aware of the body/ground collision force, which is why they are more susceptible to sustaining more injuries than forefoot runners. 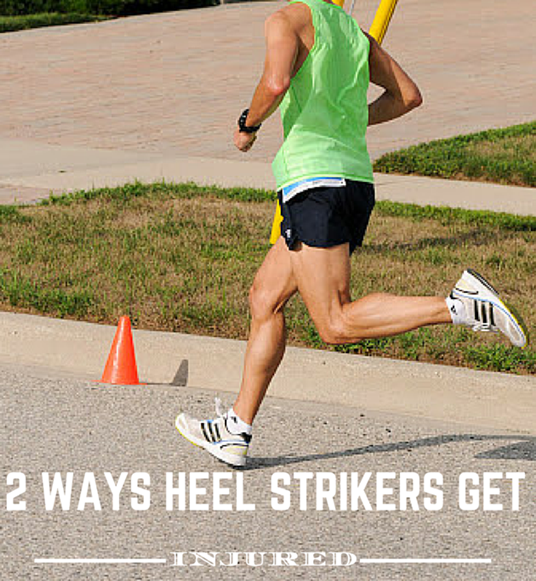 The high impact phase at heel strike occurs because the body collides with the ground, and the body/ground collision is the source of repeated impulse loadings that causes injury in runners [2].

In running, the supposed gold standard for reducing impact is through the use of thick, cushioned running shoes. However, numerous research has found evidence to the contrary.

Unfortunately this evidence has been largely ignored by the recreational runners as more than 80% of joggers heel strike and get injured. It would make sense that omitting heel strike and adopting a forefoot strike on the assumption that the body/ground collision is negligible in forefoot running, would reduce injury.

Therefore, the gold standard for preventing running injuries does not involve cushioned materials, it involves:

1. Eliminating body/ground collisions at touchdown by landing with a forefoot strike

2. Increased proprioception  –the conscious processing of tactile-relevant information for evaluating the physical nature of the stimuli on the plantar surface– which can be achieved by running barefoot or in running shoes that mimic the feel of being barefoot.

Back Injury – 2 ways heel strike running causes injury to the lower back.

Why Run Forefoot – Read all about the wonderful health and performance benefits of forefoot running.

Pre-Run Stretching – Find out why stretching before you run can work against you.

– Cross train for running with the most comfortable, traditional style elliptical on the market.