A forefoot running shoe is a zero-drop, minimalist running shoe that should be highly flexible to allow the foot to continue its motion after foot strike.

I cannot stress enough that the lower the heel, the better you will be at forefoot striking. 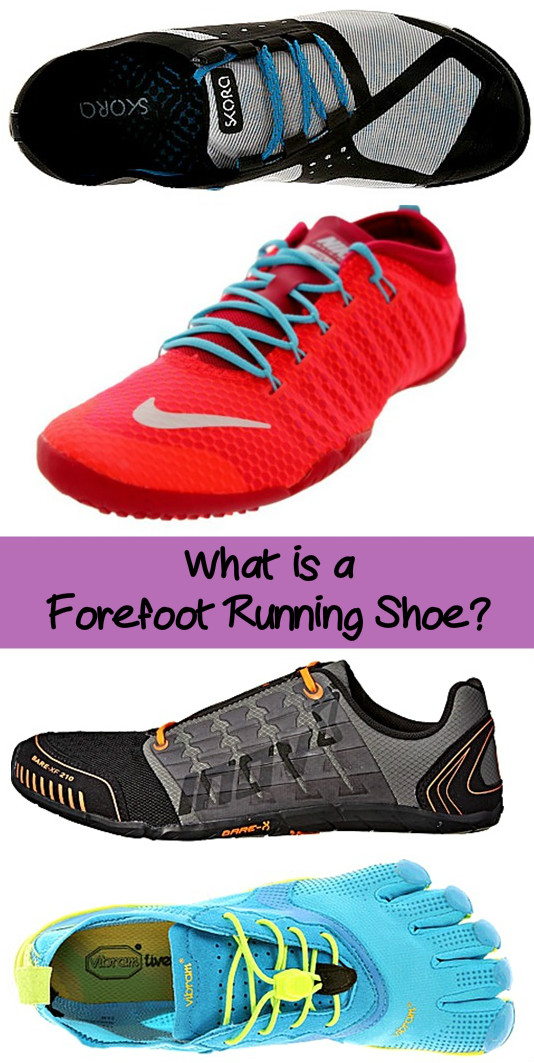 What is a Forefoot Running Shoe?

Running in minimalist footwear may encourage a barefoot running gait (a forefoot strike running style).  Another added bonus is the flexibility of a minimalist shoe may provide optimal conditions when walking and running to improve foot and ankle strength.

Running in minimalist footwear has metabolic advantages which lead to performance gains:

Interestingly, an August 2012 study in the Journal of Medicine and Science in Sports and Exercise reported that running barefoot offered no metabolic advantages over running in minimalist footwear.

From this, one could hypothesized that it was the adaptation of a forefoot strike in response to barefoot running that improved running economy.  Perhaps the barefoot subjects in the 2012 study were heel strikers?

Whatever the case may be, based on conflicting reports on if barefoot running leads to an automatic adoption of a forefoot strike, it may not be necessary to run barefoot in attempt to correct foot-strike mechanics, or to improve running economy as minimalist footwear may do the trick.

Another reason to stay clear of these shoes derives from the concerning data reported in a September 2009 study published in the Journal of PM&R.  The researchers found that runners wearing a neutral shoe with a thick heel generated higher knee moments and joint instability when running compared to barefoot runners:

Lastly, high-heeled running shoes are stiff because of the excessive cushioning and stability elements crammed into it: