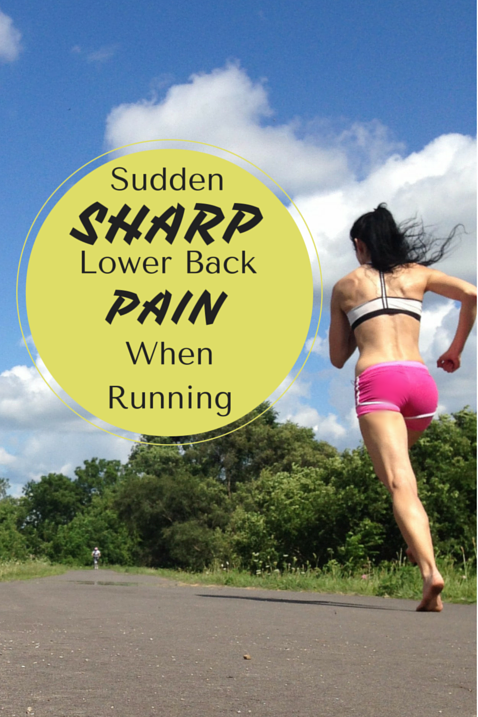 Cause of Sudden Sharp Lower Back Pain While Running

Past studies reported that lower back pain in runners was related to a guarded gait running style meaning that upper body rotation was very restricted during running [1]. Researchers also found that a guarded gait during running resulted in rigid body motions and decreased range of motion —mechanical properties that may amplify impact on the back at touchdown.

Standard recommendations on biomechanics for joggers suggests limiting torso and shoulder rotation (for whatever reason). Now we are finding out that in doing so, causes upper body tension and movement rigidity [2,3], and that allowing your trunk to rotate naturally may provide protection on the body by deflecting impact.

Most Ethiopian runners ran barefoot, developed a forefoot strike and a much fluid gait as compared with habitually shod runners. If you obseve the running styles of Tirunesh Dibaba, Haile Gebrselassie and other elite Ethiopian distance runners, you will notice they have greater torso and shoulder rotation when they run, which highlights the fact that incidences of low back pain is uncommon in these runners.

There is a good chance that increased torso and shoulder rotation serves as a shield-effect to depress shock when running barefoot.

If you suffer low back pain when barefoot running

, you are probably restraining the range of motion of the upper body. In many Ethiopian distance runners, the shoulders and torso rotate as one entity, allowing for greater gait coordination.

Upper body rotation should be subtle, just enough to give you that added flow, like Dibaba or Bekele. Rely on the feel of comfort for the right amount of upper body rotation. If it feels good, you are doing it correctly!

Patella Pain – Find out how to reduce this.

Why Forefoot Runnng May Feel Awkward at First

Vibrams are so hard to find, but not online!