For the endurance runners who prefer to take the natural route in terms of supplements and performance enhancers, ginger may be a great alternative to NSAIDs in reducing inflammation, muscle pain, and thus leading to a lessening of recovery time.

The popular spice has been historically used to treat pain, so it wouldn’t hurt to include ginger somewhere in a runners diet. 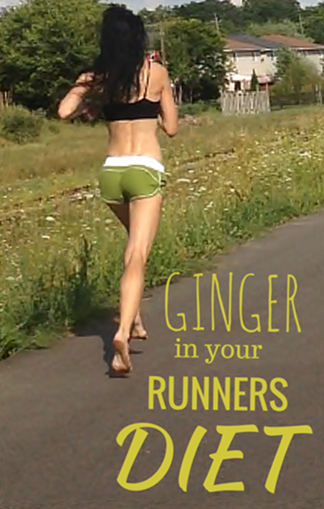 A Runners Diet Should Include Ginger

Although more studies are needed, past reports have clearly demonstrated the possibility of ginger acting as a bronchodilator and it has been known to improve gastrointestinal function, too.

A new study also found that 2 g of Ginger per day for 5 days may have modest effects of reducing muscle soreness in long distance runners, suggesting that increasing your ginger intake may accelerate recovery, helping you train longer and harder.

Need more tips on how to increase speed and endurance for running, be sure to check out my other articles:

Another sure way to reduce pain when running is by landing on your forefoot. Click here to see what I mean!

Proper running form can be learned sufficiently by running barefoot.

The unpleasantness of cushioned running shoes.