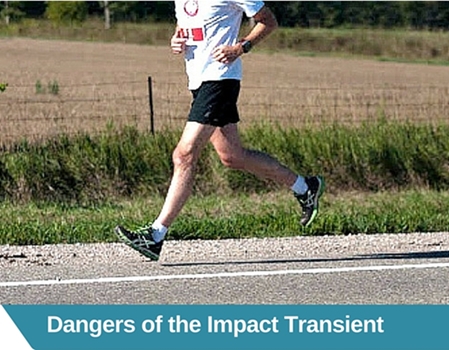 Why The Impact Transient Hurts

The video below is from the famous Harvard study by Dr. Daniel Lieberman which compared the kinematics of a heel strike and a forefoot strike landing, and shows how heel striking generates an impact transient.

The More You Weigh, The Greater the Impact Transient

Although, forefoot running may have its critics, the forefoot running style has been an accepted treatment for debilitating lower leg injuries such as chronic exertional compartmental syndrome.

Finally, more studies are needed to assess the role of the heel strike impact transient in causing injury and to show the key mechanical parameters that allows heel strike running to be dangerous.

Also, be sure to head over to the Run Forefoot Facebook Page, it’s a great place to ask questions about forefoot running, barefoot running and footwear. I’ll be happy to answer them for ya!