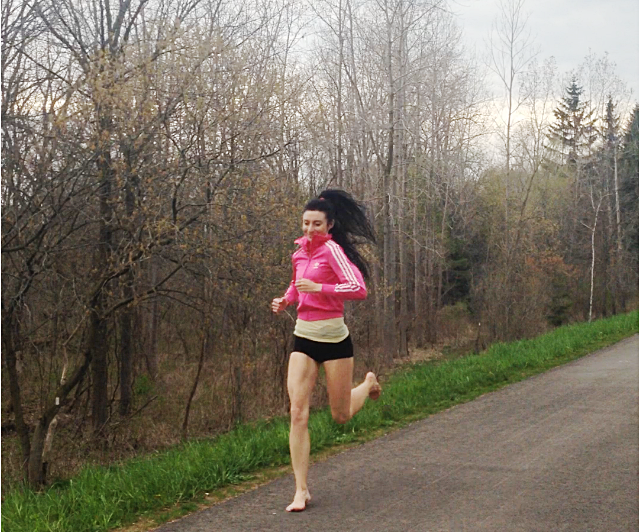 An eccentric exercise is useful for improving muscle strength of the lower extremity in runners (Portier et al. 2009). For instance, running barefoot with a forefoot strike is an eccentric exercise that strengthens the plantar flexors and arch of the foot, new research suggests.

Where does the eccentric component of barefoot running occur?

This also leads to strengthening adaptation of the intrinsic foot muscles as well as the Achilles tendon, suggesting that running barefoot with a forefoot strike could assist in resolving Achilles injury in habitually shod heel strike runners.

Samarawickrame et al. 2013 also found that habitually shod runners who underwent an 8-week transition period to barefoot running had adaptive improvements in plantar flexor strength, suggesting that the eccentric nature of a forefoot strike during barefoot running is indeed invaluable to combat injuries related to foot weakness in runners.

Foot weakness originates from wearing regular running shoes, partly because the cushioned heel of the shoe encourages heel striking which reduces eccentric loading that would otherwise take place shortly after touchdown in forefoot running. Without this eccentric intervention, foot weakness will likely worsen.

Evidently, you don’t necessarily need to go to a gym to develop stronger legs and feet for forefoot running. Running barefoot, including running in barefoot like shoes, is a safe, more natural way to convert a weak foot to a strong foot.
More from Run Forefoot: