Contrary to lay perceptions, humans are born to run, and to do so barefoot as humans ran barefoot for millions of years without injury, and guess what, modern humans inherited the barefoot running trait, we just don’t use it. But unfortunately, many runners continue to question is running barefoot bad ? 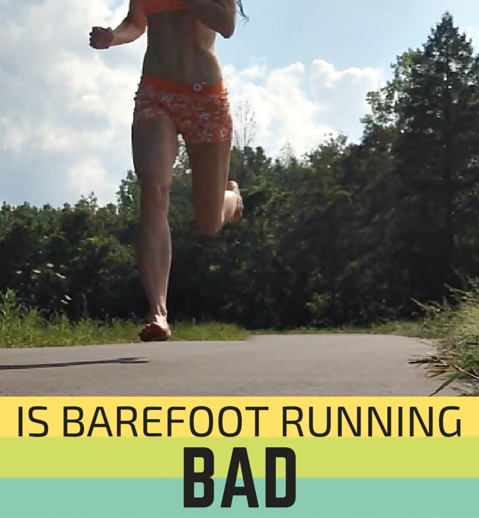 The running shoe industry has conditioned runners to believe that running hurts and that running barefoot is absurd because it will cause even more pain. Yet, according to Robbins and Gouw (1996) running-related injuries are rare in barefoot populations.

In other words, because we think that running shoes is vital for comfort and protection, we expect that running without them is painful.

So, expecting that barefoot running hurts will surely increase your pain perception even though less impact occurs at touchdown compared to running in standard running shoes (Robbins and Gouw 1996).

Moreover, Nigg et al. revealed that traditional running shoes increased the risk of injury because runners landed with greater impact, whereas habitually barefoot runners ran with impact that was no higher than shod runners. This is why there is no need to overreact to experiences that are harmless, such as running barefoot.

The over-perception of repeatedly presented messages by footwear manufacturers stating that the lower extremity is inherently weak and that running in general is bad is why many runners are dead-against running barefoot.

However, Robbins and Guow famously argued that the fact that running related-injuries in habitually barefoot runners are rare, suggests the opposite: that the lower extremity is inherently durable and made susceptible to injury by wearing running shoes.

Hopefully, this knowledge will prompt the desire for shod-runners who struggle with injury to give barefoot running a shot and with an open mind so that they have more control over how they are affected under barefoot conditions.

Also check out how barefoot running is better than running in shoes.

Proper Running Shoes – Running shoes I think are best when it comes to forefoot running.

Advice From Alberto Salazar – Find out what Al Sal thinks about how forefoot running impacts performance.