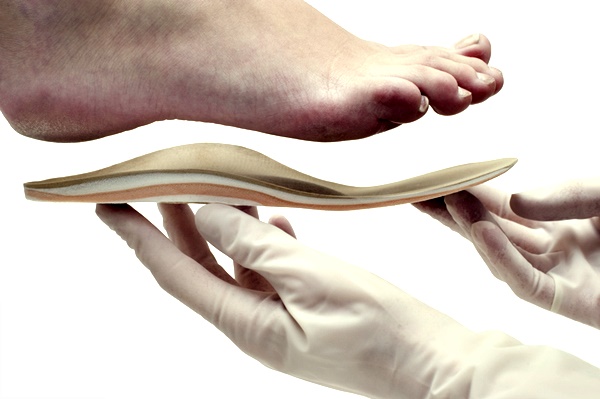 Benefits of Orthotics for Running

Sinclair et al. [1] found that orthotics did not reduce plantar fascia strain and they significantly reduced midfoot range of motion, suggesting that orthotics not only fail to deflect stress away from the plantar fascia, but they restrict the foot’s normal motions and may encourage abnormal foot/ankle mechanics during running.

The runners in the study were heel strikers and the problem with heel striking is that the plantar fascia is subjected to significant traction when the body weight transfers over the arch onto the front of the foot during the later half of the single limb support phase [2]. 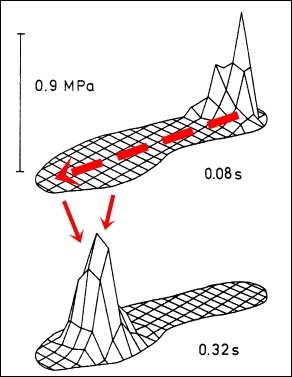 The foot rollover mechanism after touchdown in heel strike running (shown above) ‘squashes’ the arch which challenges the arch muscles to manage greater loading –this is how the plantar fascia suffers.

In forefoot running, the discrete loading mechanism on the arch coupled with a reduction in hindfoot loading allows forefoot runners to spearhead the risk of plantar fasciitis (shown below) [3], suggesting that adopting a forefoot strike is a better intervention for plantar fasciitis as compared with orthotic therapy.

Because of the way the arch loads in forefoot running, the arch increases in stiffness and becomes stronger relative to the arches in a heel strike runner.

The good news is, forefoot running promotes foot actions that improve plantar fascia strength, therefore orthotics can be avoided just by running with a forefoot strike. Additionally, running in a barefoot-like minimalist shoe forces the feet to acquire the means to become stronger on their own, thereby slashing the risk of developing plantar fasciitis.

Ultimately, the feet are highly adaptable and are perfectly capable of developing their own strength and becoming true contributors to healthy running, something that cannot be done with orthotics.

Click here to read more on how foot strike affects arch function and health in runners.

How to Treat Shin Splints

Why Knee Braces Are Bad