Virtually any runner who runs with a heel strike, is at a significant risk of injury as compared with runners who use a forefoot strike landing. This is because heel strike running generates a greater ground reaction force and a greater horizontal ground reaction force, in which studies have proved that these forces cause running-related overuse injuries (Bus, SA; Gottschall and Kram; Hreljac, A; Novacheck, TF) . However, developing a strong core could led to better biomechanics, leading to lighter ground reaction forces. But that is not what a recent investigation found. 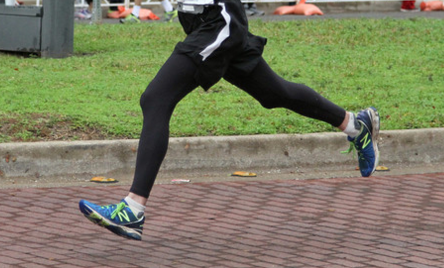 A study by Sato and Mokha (2009) investigated the effects of a 6 week core strength training program on ground reaction forces, lower leg stability and overall running performance in heel strike runners. The researchers had the runners perform core strengthening exercises, such as sit-ups, hip raises and Russian twists on a stability ball. These exercises targeted the abdominal muscles, hip flexors/extensors and back extensors which make up the core.

So, if you are a heel strike runner who is always dealing with injuries, stop relying on strength training to help you, and don’t believe that you have some inherent running defect which is fueling your injuries. In particular, what you need to do is learn forefoot running because it dramatically reduces the vertical ground reaction force and high loading rates on the knee and you can soon begin to feel better overall.