One consistent consequence of heel strike running (shown below) is that it produces a specific impact force called the ‘spontaneous impact transient peak’ (SITP) which is produced at heel strike.

Heel strike running also produces other impact variables in excess, such as tibial (shin) accelerations and tibial shock which are leading causes of shin fracture as compared with forefoot running which does not produce the SITP and tibial accelerations and shock are significantly lower.

In recent years, several compelling studies revealed that the impact forces specific to heel strike running plays a leading role in causing excessive loading on the knees and hips as well as the long bones, namely the shin bone and femur bone as compared with forefoot running (shown below). 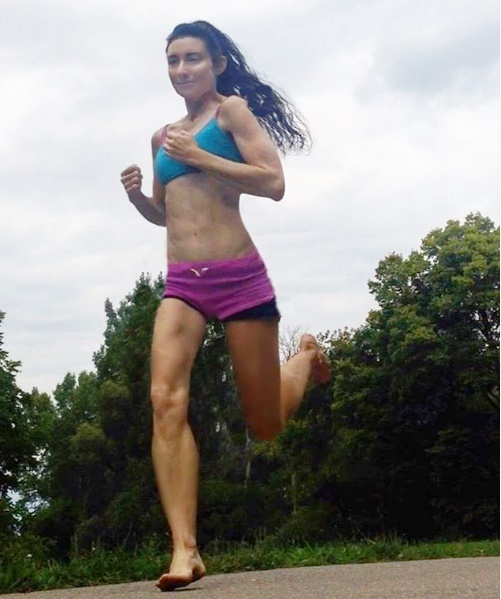 Another problem with heel striking when running is the feet may undergo excessive abnormal pronation (abnormal foot motions) during the touchdown and stance phases. This may not only put additional loading across the muscles, tendons and bones of the leg, but can also make bad mechanics even worse which can be more stressful on the body. To correct for all this, heel strike runners are often prescribed stability running shoes with incredibly thick under-heel cushioning to help soften the blow at heel strike and to keep foot pronation within a safe range. 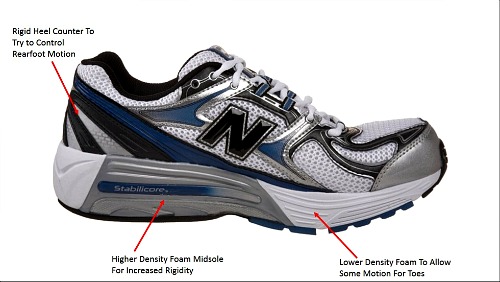 The problem is, however, the effectiveness of thickly cushioned, stability running shoes is very questionable. For instance, a 2006 study published in the American Journal of Sports Medicine found that heavily cushioned, stability running shoes did not reduce tibial acceleration and tibial shock in heel strike runners. Results from a 2019 study in the Journal of Physics also revealed that increased underfoot cushioning via insoles did not reduce the SITP in heel strike runners, rather the insoles significantly increased the SITF and push-off peak forces as well!

These results are in line with additional data from a 2009 study in the International Journal of Exercise Science which showed that increases in underfoot cushioning with insoles did not attenuate shock or reduce loading rate during running. Even worse, similar findings have been reported on insoles during accelerated running, meaning that increased underfoot protection may amplify certain impact force variables with increased running velocity.

For now, the consensus is becoming more clear in that increased underfoot padding isn’t always the best intervention to reduce harmful impacts in heel strike running. Luckily, a growing body of work suggests that when it comes to preventing impact-related injury, to be on the safe side, adopting the forefoot running technique has pronounced effects on reducing net forces, especially on the heels, shins and knees, making it easier to handle faster running velocities and greater running mileage. 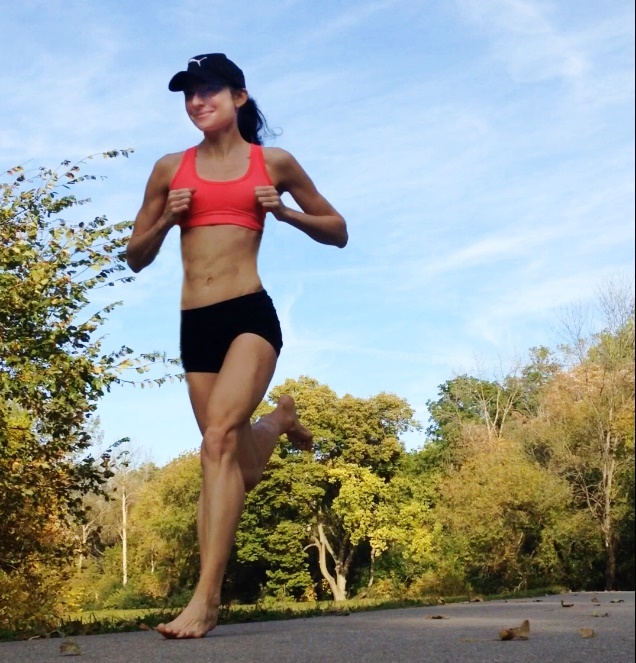 When you land with a forefoot strike when running, not only does abnormal foot motions get strongly restrained, but there are significantly less overall opposing forces at work on the leg as compared with heel strike running.

The main reason for these large improvements in forefoot running is that foot-ground contact-time is significantly reduced (the foot spends less time lingering on the ground, leaving less time for abnormal foot motions and postures to take hold). The foot’s positioning also improves at touchdown such that the foot naturally tends to land closer to your center of mass (upper body), resulting in a much less brute collision force and last but not least, the movement path of the foot at touchdown allows the foot to slide more smoothly down onto the ground, not crash onto the ground with a jarring-force like in a heel strike landing.

This is why when it comes to correcting movement impairments of the foot and avoidance of high impacts, especially at the heels, shins and knees, adopting the forefoot running technique tips the balance in favor over heel strike running in stability running shoes with thickly padded heels.

What is more is that the shins are also more protected by the low-impact mechanical outputs that are naturally assembled when you run with a forefoot strike. For instance, related research has indicated that decreases in both stride length and ground-contact time in forefoot running not only eliminated the SITF, but abolished maximum leg extension at touchdown which directly reduced eccentric activity of the tibialis anterior (front shin) and tibial acceleration which in turn dramatically reduced compartment pressure of the lower leg.

These decreases in impacts are all associated with a reduced risk of lower leg pain and shin fracture, and the decreases in such stride parameters (i.e. reduced stride length and ground-contact time) that allows for stark reductions in net impact forces on the shins during running are consistently engaged by running with a forefoot strike, not a heel strike. This is also fundamentally why forefoot running may have a greater positive influence on reliably reducing harmful impacts and therefore improving injury prevention outcomes vs increasing underfoot protection while maintaining a heel strike running style.

To that end, a sure way to get you off to a good start in learning the forefoot running technique, here is what a proper forefoot strike looks like. Its also important to spend as much time as possible barefoot to develop stronger joint position sense, improve or even reverse irregularities in foot structure and function and of course, to develop overall functionally stronger feet that are more tolerant of harder, faster miles. Why You Should Be Running Faster