Lower back and spine pain is very common in both low and high mileage joggers, suggesting that running distance isn’t always the problem. The real problem is heel striking when running.

Many experts assert the 2,000N force generated at heel strike as the correlate to lower back pain near the spine. The intensity of the force is also amplified when heel strike running downhill or on uneven surfaces. 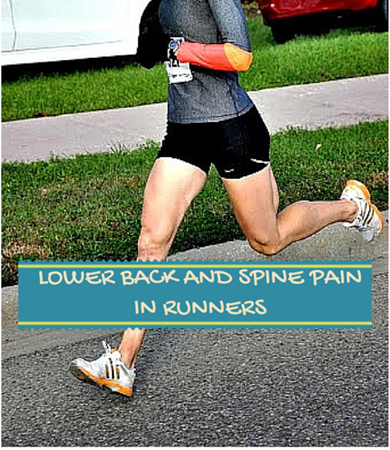 Cause of Lower Back and Spine Pain in Runners

Looking more closely about how heel strike running hurts the spine, Regan (1990) investigated the effects of running on disk height and found that changes in disk height was due to the cyclic diskal and compressive loading that occurred at heel strike.

Another factor to consider is that changes in disk height evoked by heel striking during running may reduce the shock-absorbing capacity of the spine and may also negatively affect spinal motion segments.

Need more advice on how to run with less impact? Be sure to check out my other articles on how forefoot running reduces injury better than heel strike running.

The forefoot strike running technique begins with what’s on your feet. Read about the Proper Forefoot Running Shoes.

When it’s time to correct your biomechanics, running barefoot is the best ingredient.

Having trouble learning forefoot running? Here are some things you might be doing wrong.

Avoid the wall during your long runs with these water-soluble energy tablets.

Cross train and strength train at home with these amazing workout machines.