In running, impact load is a force variable that affects the muscles, tissues, joints and bones and is also dissipated by tissues. In most cases, loading can strengthen soft tissues, if the rate of loading is under biologically tolerable magnitudes.

With that said, safe loading rates are important for soft tissue health because it strengthens tissues. However, repeated and prolonged exposure to high loads without sufficient periods of rest to allow adaptation results in tissue overloading and damage. 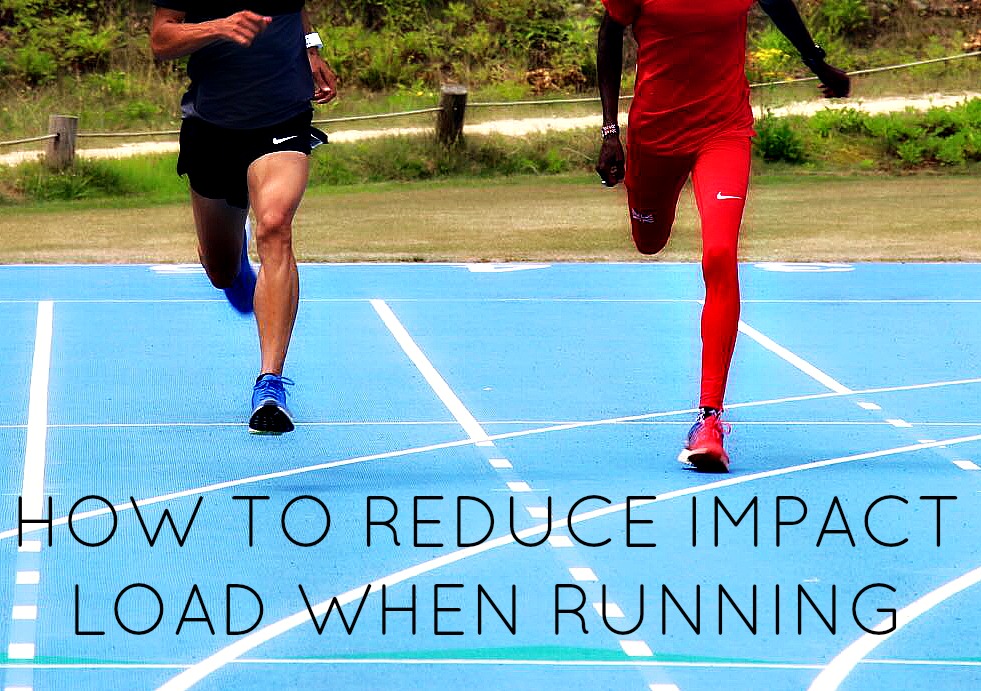 How to Reduce Impact Load When Running

An easy way to reduce impact loading is to avoid heel strike running and instead, run on your forefoot. Zadpoor and Nikooya (2011) found that heel strike running produced an impact peak at touchdown, which indicated high bone loading that increased fatigue load of soft tissues.

Below, shows a video of how high loading was quantified in heel strike running:

In the above clip, the vertical dropping of the pen represents the heel colliding with the ground at touchdown in heel strike running, causing rapid braking and high loading.

Most joggers heel strike, but there is something undeniably familiar about the injury pattern in these runners. These injuries seem related to the impact peak (i.e. high loading).

The turning point in our understanding of high loading and injury in running came from Hreljac (2004) who suggested that since high loading occurs very early in stance, the magnitude of loading is dependent on running mechanics prior to touchdown. This jibes with Lieberman’s work which proved that habitual barefoot runners mechanically reduce loading by landing forefoot first, heel last.

Above, shows the foot/ground interaction in forefoot running reducing high loads. The foot approaches the ground less vertically, and more horizontally, almost parallel relative to the ground, which allows for a smoother transition from flight to stance.

What is important about these findings is that improvements to reduce loading in running can only occur during the touchdown phase. It was not until Lieberman revisited the question: how can loading be reduced in running, that it became clear that modifying foot strike, could, in fact, be necessary for this improvement to occur. In other words, running –in all it’s phases –landing on the forefoot at touchdown does something to reduce loads that heel strike running does not do.