Running foot strike and footwear are highly influential variables on injurious skeletal shocks, particularly on the hip, in runners. One study found two solutions that go together as to how to help hip pain from running and they are to go barefoot and land softer on the foot, suggesting that running shoes and heel strike running (a forceful foot strike) are predictors of hip injury in runners. 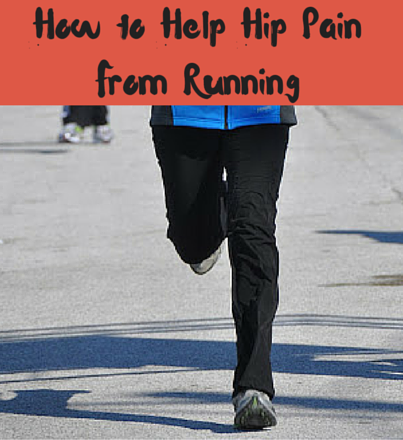 How to Help Hip Pain From Running

Bergmann et al. found that loads on the hip were the lowest while barefoot and landing with a softer foot strike (i.e. a forefoot strike) as compared with regular running shoes, hiking boots and clogs, which raises the question are these shoes helping or hurting us?

Running shoes, rather than running barefoot are what researchers have studied mostly, and the outcomes have always been disappointing.

In their study, the researchers found that all footwear increased forces, bending moments and torsional forces on the hip-joint. They also discovered that footwear with very hard, stiff midsoles were the worst (stiff midsoles are inflexible and restrain the foot from moving naturally) and that softer, compressible footwear offered no advantages either.

The researchers also noted that gait stability is another powerful predictor of high loading on the hip whereby soft, thick cushioned running shoes makes it difficult to achieve a stable foothold during running.

Their data demonstrates that to gain better landing stability during running is through running barefoot or at least in running shoes with the least amount of cushioning and thinnest outsole possible –recently, this has been well-supported and thoroughly researched.

The researchers concluded that the most effective tactic to protect the hips during running is by attaining a smoother gait with a softer foot strike pattern, and the only way to achieve this is by barefoot running, or again, running in barefoot-inspired running shoes.

More on the Benefits of Barefoot Running and Minimalist Running: