When it comes to reducing injury risk in running, adopting the proper foot strike landing pattern, which may be a forefoot strike over a heel strike, is only one step. Your knee mechanics is also just as essential in injury prevention whereby keeping both knees slightly bent at all times during running, especially during the touchdown phase, may reduce impact peak forces and the accompanying collision force that underlies most common running-related injuries.

In fact, the best runners in the world who consistently win and break records, run with both knees bent and flexed; never at any point in their stride do their knees unbend, rather both knees are always kept bent and flexed which is associated with better knee-joint stability, impact absorption and greater economic efficiency

Interestingly, some compelling evidence suggests that knee-joint mechanics, and health, can be influenced by footwear and that a quick way to develop stronger, more functional knee-joint mechanics and ensure proper knee flexion during running is to practice running barefoot or in barefoot-like running shoes.

In fact, a 2012 study in the journal Medicine and Science in Sports and Exercise found that barefoot and minimalist shod (shoe) runners were more economical partly because of more efficient, stable knee kinematics than both heel strike and forefoot strike runners in standard, thickly cushioned running shoe.

The researchers found that the barefoot and minimalist running group had a 9% reduction in knee excursion (less sideward movements) as well as less eccentric contractions of the quads to control knee flexion. Taken together, these were contributing factors to reduced metabolic cost as compared with the cushioned shod running group.

Confirming facts on this came from a 2016 study in the journal Sports Medicine and a 2005 study in Medicine and Science in Sports Exercise found that increased knee flexion (a bent knee), especially at touchdown during running may improve energy economy because it reduces the amount of knee flexion needed during the swing phase which in turn may reduce the energy needed to flex the leg during swing. 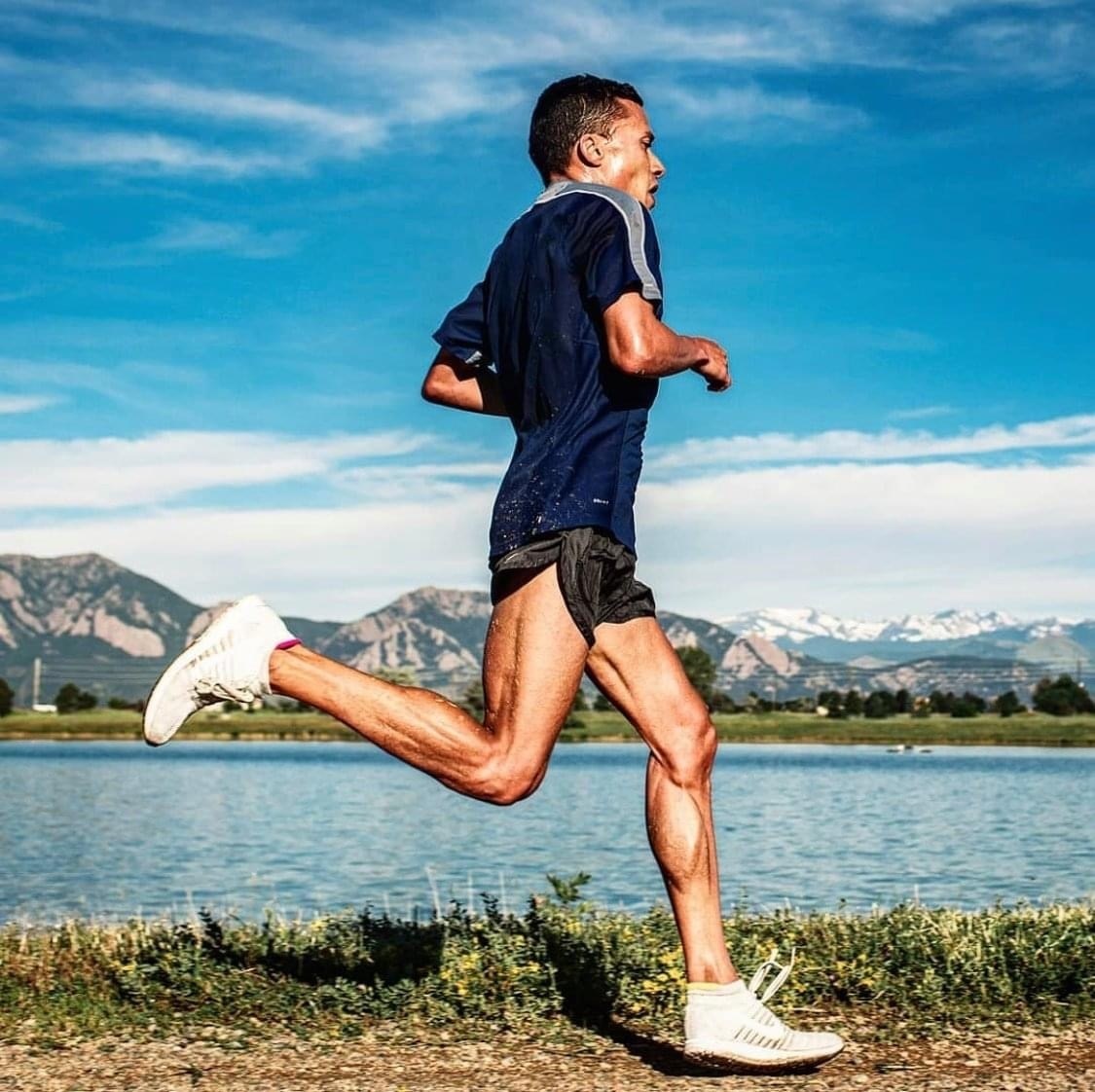 Not only that, their research also found that knee flexion at touchdown may have economic value because it lowers the leg’s moment of inertia, meaning that it becomes less difficult for the cyclic rotation of the legs to accelerate the body’s mass. Put differently, slightly bending your knee when your foot strikes the ground during running (as shown above) may improve energy economy by reducing mechanical work and muscle power of the leg to thrust the body forward.

The take home message is that for one, there’s strong evidence suggesting that how you use your knees when you run may play a crucial role in reducing impact loads and may have a pronounced effect on running economy, thus making it easier for you to handle longer mileage at faster velocities.

For another, there’s convergent evidence from multiple lines of research showing that wearing less on your feet when you run, or even better running barefoot, more powerfully triggers reflexes essential for  increasing the efficiency of knee flexion. This line of evidence strongly illuminates how important it is to develop our mechanics through barefoot running or minimalist shod running to be better able to maintain functional mechanics for when you run in cushioned shoes.