Forefoot running is much better for your feet than heel strike running for many reasons. One big reason is forefoot running was found to decrease loads on the plantar (foot) tissue by naturally increasing cadence, which is the number of steps per minute. The increased run cadence engaged by forefoot striking directly reduces ground-contact time, and in fact, results in a contact with the ground that’s so brief that many impact forces are barely produced, if not produced at all!

Better yet, when your feet spend less time on the ground when running, there’s less time for abnormal foot motions (over-pronation) to occur, which helps un-stress the feet even more!

Case in point, a 2014 study in the journal Orthopaedic Biomechanics investigated the effects of foot strike pattern on risk factors related to foot injury in runners and found that forefoot running reduced over-loads on the foot by increasing cadence as compared with heel strike running. In their study, the researchers examined the effects of cadence manipulation on in-shoe plantar loading at the heel and the metatarsal heads during running at a constant speed. They also examined the effects of increasing and decreasing cadence by 5% on foot ground-contact time, peak force and pressure and pressure and force time integral. The researchers used a metronome as an auditory cue to increase and decrease cadence in runners.

How exactly does a higher run cadence allow less loading on the foot?

Increased run cadence reduces stressful plantar loads by reducing foot inclination (less dorsiflexion) at touchdown, which reduced forefoot slapping. It also reduces the distance between the torso (center mass) and initial footfall position, meaning the foot lands closer to the center mass. In this way,  impact intensity on the foot is proportional to the horizontal distance between footfall position and the centre mass –as the foot lands closer to the body, the less impact that is produced (shown below).

There’s also less vertical excursion (less upward movement) of the center of mass which reduces the vertical ground reaction force magnitude. In other words, there’s less bouncing up and down of the body which reduces the downward force of the foot.

All in all, any intervention aimed at reducing impact loads on the foot, and elsewhere on the body in running, should include foot strike manipulation because evidence builds support that forefoot running is the surest way to engage safer mechanical components for low impact than heel strike running.

If you’ve enjoyed this post, you’ll love my YouTube Channel here where I talk more in-depth on why forefoot running is safer and more efficient than heel strike running! 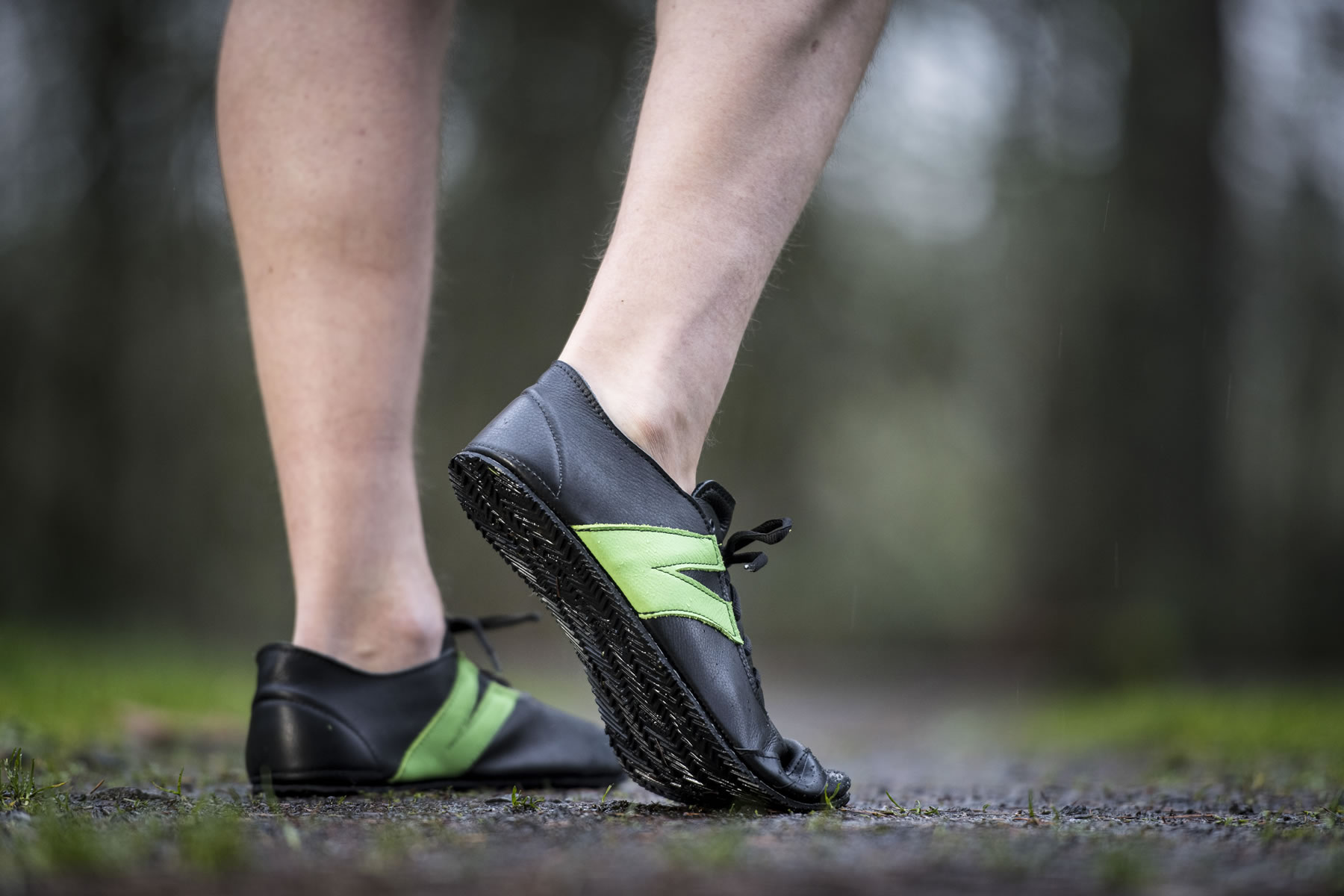