For the health benefits of forefoot running to have any value, you must be leaning forward continuously. For instance, knee pain when forefoot running may be eliminated by employing a forward lean trunk posture which reduces the horizontal distance between the center of mass (COM) and foot strike position.

A new study by Hsiang and Powers found that trunk posture affects knee-joint health in runners as running too ‘upright’ increased patellofemoral joint (PFJ) stress. PFJ stress was greatly reduced when subjects added a subtle forward lean at the trunk while running. 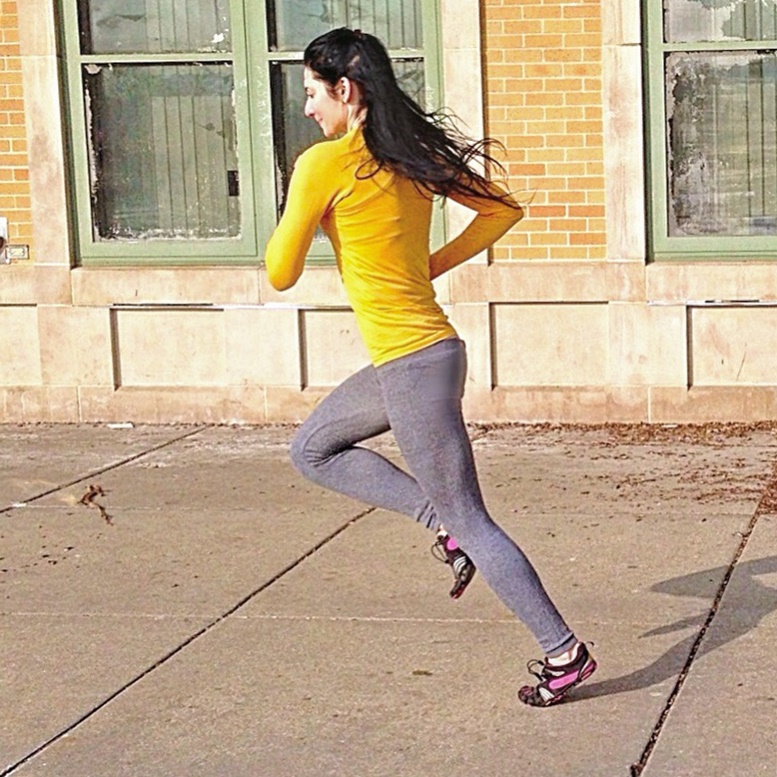 Why Leaning Forward is Essential in Forefoot Running

The problem with running too upright is it increases the horizontal distance between the COM and foot strike position. This means the COM remains behind foot strike position, resulting in an exaggerated gait and greater mechanical work on the leg, especially at the knee, to pull the COM along the way when running.

Greater horizontal distance between the COM and foot strike position also increases braking impulse and reflects the mechanics of heel strike running, a running style that is considered a risk factor for runners knee.

And, most runners who maintain an upright trunk posture typically stare straight ahead when running. Staring at a distant object in front of you may prevent leaning whereas scanning the ground with your eyes while running may encourage a full-body lean and better forward momentum.

In a sense, the knees are used to tow the COM when maintaining an upright trunk position while running.

What is the COM?

The COM is an imaginary point at which the total body mass can be assumed to be concentrated. Generally, the torso is indicative of the center of mass.

Most Ethiopian distance runners, such as Tirunesh Dibaba, stare at the ground when running and barely look up only to see what is in front of them. Based on this observation, there is a good chance that an eye gaze position at the ground a few feet in front of the body may guide the body to lean more.

Additionally, the Pose Method of Running encourages a forward lean at the ankle to drive forward momentum and reduce loading and the braking effect.

Unfortunately, most studies ignore the effects of trunk posture on leg kinematics and loading patterns on the leg and focus exclusively on altering lower leg posture to reduce knee-joint loads. Obviously, that has not worked as runners knee remains a common problem in runners.

How to Forward Lean to Protect your Knees

You want to make sure your torso is inline with your foot strike position when running. Think of leading with your torso first to begin running and your legs are working to catch up to the travelling torso.

Pose running suggests leaning from the ankle and that the degree of forward leaning is subtle.

To initiate running, I start with pushing forward with my chest or body weight then I move my legs. This help keeps my torso or COM shifting forward and helps me avoid over leaning.

To avoid over-leaning from the hips or ankles, its best to think of your whole body falling while your legs slide out from under you.

More on the health benefits of forefoot running: