Motivational quotes for runners is a great source of inspiration that gives you the will to keep trying and avoid quitting. Here are some of my favorite quotes about running: 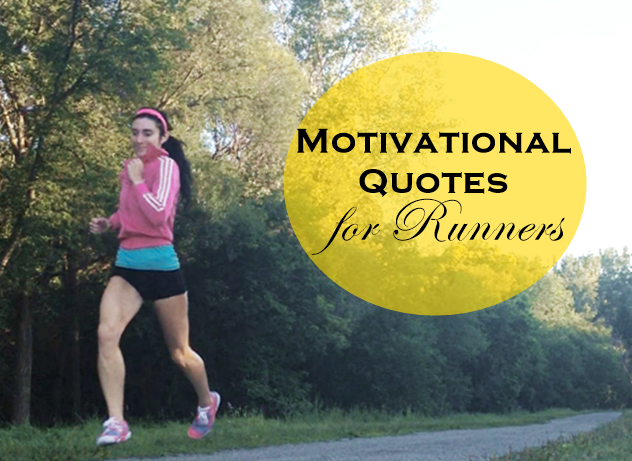 You can’t talk yourself into shape. Either you can do it or you can’t ~ Frank Shorter

Let your running lead you to your diet ~Bill Rogers

I don’t believe in burnout. I believe in losing your appetite ~Pat Tyson

There are many ways to the top. The important things are the attitude of the athlete and the desire to get to the top ~ Herb Elliott

It’s not so much that you begin to run, but that you continued ~Hal Higdon

In the beginning you’ll likely say, “I run”. With more confidence, you’ll say, “I am a runner” ~Gloria Averbuch

When I first started running, I was so embarrassed I’d walk when cars passed me. I’d pretend I was looking at the flowers ~Joan Benoit Samuelson

Set a goal and a program for yourself, and everything else will follow. Guaranteed ~Amby Burfoot

Who cares what others think. Running is a personal satisfaction ~Kenny Moore

Act like a horse. Be dumb. Just run ~Jumbo Elliot

It’s not the doing of it that really counts, but doing it FIRST ~Norris McWhirter

Start every morning fresh and new. Let go of all past setbacks & disappointments. Don’t run with that baggage, run light and clear minded!

It can be tough juggling a family and running, but it can be done!

No time to run? Too bad, if you want it badly enough, you can find the time….

The beauty of starting lines: until you begin a new venture, you never know what awaits you ~Amby Burfoot

Out on the roads there is fitness and self-discovery and the person you were destined to be….

All runners, at one time or another, are beginners…

For me, running is a great way to jump-start my day, boost my energy and have a few minutes to plan and prioritize my schedule ~Michael Dell

Doing something for yourself like running, and using  it to test yourself, will only make you feel better about your career or your family role  ~Joan Samuelson

Why the Vibram FiveFingers are much better than regular running shoes.