One reason Ethiopian distance runners are better is due to their proper forefoot running form learned from barefoot running. Unfortunately the research on this topic is lacking and researchers are still trying to find if genetics plays a major role in the enormous success of these runners. 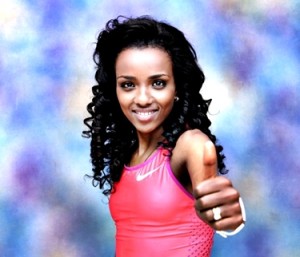 However, the data simply reflects that there is not enough evidence to support that Ethiopian distance runners are genetically gifted and turns the theory of a ‘super-endurance gene‘ into a myth.

For instance, a study by Scott et al., in the Journal of Comparative Biochemistry and Physiology, compared the distribution of mitochondrial DNA (mtDNA) among elite Ethiopian distance runners to the general population of Ethiopia (non-athletes) to determine if the mtDNA of the elite Ethiopian runners contained mutations or variants that coded for enhanced endurance performance.

mtDNA is a circular-stranded DNA that is highly mutable and some experts think that certain mutations in the mtDNA positively influences endurance capacity.

Therefore, the researchers hypothesized that the selection for the variants beneficial to endurance capacity would increase in frequency among elite Ethiopian distance runners compared to the general population of Ethiopia.

But as usual, the researchers found no association between endurance athletic status and mtDNA variants as the elite Ethiopian distance runners did not differ significantly from the general population of Ethiopia.

The researchers concluded that elite Ethiopian distance runners are not genetically distinct or ‘gifted’ compared to the general population of Ethiopia.

Why Are Ethiopian Distance Runners Better?

Dire Tune of Ethiopia and a 2008 Boston Marathon winner asked the same question in an interview in Canadian Running Magazine:

“I don’t think North Americans train as hard. They have all the technology and support.  I want to know why they can’t run like us?” Tune asked.

Ethiopian marathon runners run over 200 km per week, running twice a day with more speed sessions, and ran barefoot for many years before turning pro.  Maybe, running barefoot over many years is a major advantage, allowing earlier adaptations for the proper forefoot running form.

Although the mechanical properties of the lower leg in Ethiopian distance runners is poorly understood,  barefoot running during childhood fosters the proper forefoot running form and employs key mechanical strategies to resist injury.

Perhaps, the answer is plain and simple: Ethiopian runners are better because they run properly allowing them to dodge injury, and train consistently.  Who really knows, but that is my guess.