What is forefoot running and how it may be better for injury prevention as compared with heel strike running?

First off, I thought forefoot running meant toe running, meaning that initial ground-contact is made on the tippy-toes without letting the heel drop down to the ground. Toe running is not forefoot running. To be very clear, the textbook definition of a proper forefoot strike landing is initial ground-contact is made lower on the front of the foot, on the balls of the foot, ahead of the arch, then the heel drops down to the ground.

What are the benefits to forefoot running vs heel strike running?

Humans May Have Evolved as Forefoot Runners

One popular theory is humans evolved as a barefoot running species, running long distances after food for survival. It would then follow that humans may be evolutionarily hardwired not just for running barefoot, but our ancestors needed to favor biomechanics that wouldn’t get them injured when running barefoot.

It’s perhaps because of the significant reductions in net impact forces on the musculoskeletal system that evolution may have favored the forefoot strike over the heel strike to ensure that our barefoot running ancestors stayed injury-free. Think about it: if they got injured from running, then they couldn’t run therefore couldn’t eat and would die out quickly. This is why our ancestors may have adopted a forefoot strike landing for the benefit of impact protection when running barefoot.

Even more convincing, this assessment fits into a continuum of complementary observations that most habitual barefoot runners reflexively favor a forefoot strike, not a heel strike. Not to mention, most elite runners from East Africa who grew up running barefoot on hard, packed dirt surfaces are more likely to be forefoot strikers or midfoot strikers, rarely heel strike runners (unless they grow up running in cushioned shoes). 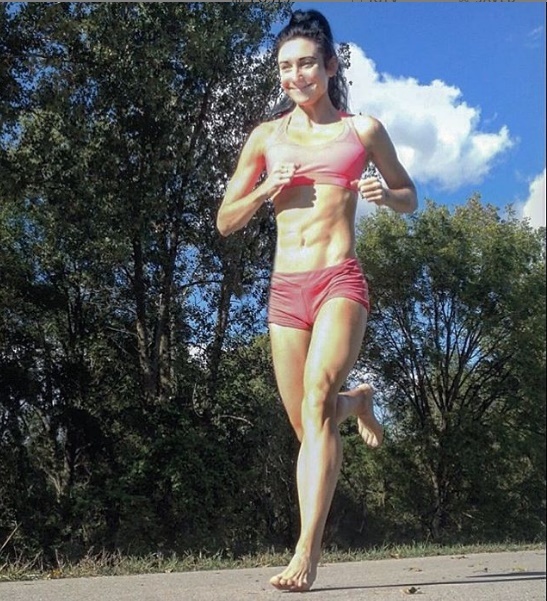 Its for all these reasons that with high confidence, forefoot running may have more evolutionary importance over heel strike running and that forefoot striking may perhaps be the preferred foot strike during running because its on record for creating safer, softer landing conditions that may work for you in injury prevention.

If you’ve enjoyed my written content on forefoot running, you’ll LOVE my YouTube channel here where I talk more in detail about the evidence-based facts showing that forefoot running may have more injury preventive and performance advantages over heel strike running.