What improves speed in running? Barefoot running was shown to improve speed via the adoption of a forefoot strike in habitually shod heel strike runners instructed to run barefoot for the first time. 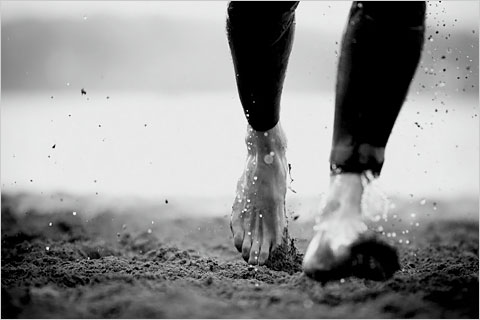 A study by Baroody investigated the influence of a 10-week barefoot training program on running economy and found that:

Therefore, barefoot running and minimalist running, is moving closer to becoming a mainstream training strategy for competitive runners and for heel strikers wanting to transition to forefoot running.

Tips on How to Learn Forefoot Running:

Run forefoot, you are faster than you think!