Also known as medial tibial stress syndrome, shin splints are probably one of the most aggravating forms of pain a runner can experience. When we get shin splints, running form is the first to blame, but your biomechanics is not always the reason you are getting shin splints. So, aside from biomechanics, what causes a shin splint? 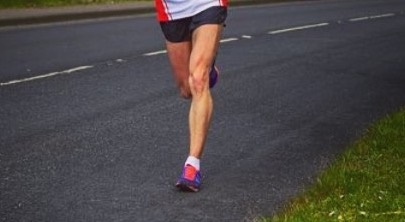 What Causes a Shin Splint – It’s Not Always Your Form

One of the chief causes of shin splints in a runner is weak longitudinal arches, which leads to greater pronation of the foot during stance of running. A study by Ryan, 1977 concluded that a common cause of running-related shin splints was arch weakness.

Research however, has shown that forefoot running can reduce shin splints, but if you are already forefoot running and suffer shin pain, there’s a good chance that your arches might need strengthening.  So, what’s the connection between weak arches and shin splints in runners?

When the arch is weak, the forefoot and rearfoot moves too much relative to each other, which increases muscle action in the lower leg as well as tensile forces on the anterior (front) and medial-posterior (inner side) shin (Rasch and Burke, 1973). The weaker your arches, the more this tensile force is amplified up the shin. Bottom line, when the feet are strong, so are the arches, resulting in better control of forefoot/rearfoot motions. Of course, some degree of pronation is required to absorb abnormal stress during the stance phase of running, but to be honest, a weak foot is pretty much useless.

Here I go sounding like a broken record, but one of the top ways to strengthening your feet is to run, or at least walk barefoot. But alternating between barefoot running and walking is the best way to engage all the muscles in the feet. Not only that, going barefoot outside improves blood flow in the feet, helping flush away damaging inflammation, not only in the foot, the leg as well. And, if you don’t have time go barefoot outdoors, at least wear cushionless footwear without arch support as this will recruit the use of the soft tissues in the feet, having transformative effects on foot strength.

Why Vibram Shoes Are Good for the Feet