Pronation during running is linked to foot strike pattern in that runners who heel strike may pronate differently and have greater pronation than runners who are forefoot strikers. 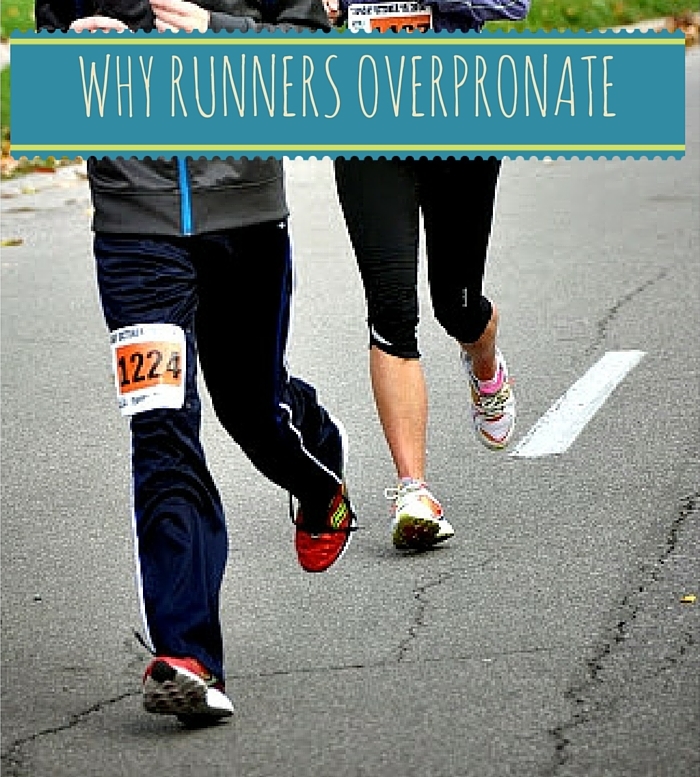 In heel strike running, the foot spends more time on the ground because of the foot rollover process.

A study by Stacoff et al. [1] found that the rearfoot underwent large changes during ground contact when heel striking and these changes were exacerbated in shod conditions compared with barefoot conditions.

The researchers also found that during foot rollover, the heel moved very extensively which increased torsion and pronation during takeoff.

The data implies that heel strike running serves as an unstable platform, preventing the load of the body from transferring over the foot safely. This may impact the magnitude of rearfoot movements which in turn, may increase tibial shock as well [2].

In forefoot running, rearfoot movements occur, especially at touchdown, however the overall rearfoot movement is lesser because foot rollover is eliminated and takeoff is more passive compared to heel striking [1].

Essentially, the interactions between the foot and the ground in forefoot running occurs at a more rapid, immediate rate than in heel strike running.

The fact that the human body has not adopted a strategy to control pronation in heel striking is a plausible adaptive explanation for how we evolved to run with a forefoot strike instead.

Why Speed Work on the Heel is Dangerous

Who Gets Injured More – Forefoot Strikers or Heel Strikers?