When it comes to preventing impact-related injuries, such as long bone injuries, research shows that forefoot running has the most impressive record for producing significantly better results than heel strike running. This is because forefoot running naturally engages low-impact mechanics that include reduced stride length and increased cadence, which are reversed (i.e. longer stride length and lower cadence) in heel strike running.

According to a 2019 report in the Journal of Sport and Health Science, switching from heel strike running to forefoot running has the most positive influence on reducing injurious impact loads as compared with attempting to heel strike safely by engaging a higher cadence.

Cadence, also known as step-rate, is the number of times the feet strike the ground per minute whereby 170-200 steps per/min during running is associated with the lowest impact landings and the least amount of risk for bone stress injury. In heel strike running, cadence is much lower because stride length is longer.

The science is settled that the longer the stride length, the lower the cadence, the more impact is produced in higher, damaging intensities. This is because the longer the foot interacts with the ground, the longer the entire weight of the body loads onto the foot which not only can easily exceed the weight-bearing threshold of the foot, but this excessive loading also forces the foot to pronate more (shift into extreme positions). Thankfully, forefoot running has the opposite effect because it engages a shorter stride and higher cadence, resulting in a foot-ground interaction thats so brief that a number of stressors never exceed threshold or are completely eliminated.

The study however, wanted to find out that if a heel strike runner engaged shorter, quicker steps, could the bone-breaking impacts of landing heel-first be minimized to safer levels similar to forefoot running. Unfortunately, the results from the study showed that impact reduction cannot happen in heel strike running if cadence is increased, therefore there is no way to heel strike safely when running.

Here are the nuts and bolts of the study:

The researchers compared the impact intensity and the short and long-term biomechanical effects of increased cadence as well as the adoption of a forefoot strike landing in habitual heel strike runners. Specifically, the study involved 39 healthy recreational runners who were heel strikers that were randomized into 2 groups: (1) a cadence-retraining while heel striking was retained group or (2) a forefoot strike running group.

All runners performed 4 weeks of strength training followed by 8 sessions of gait-retraining using auditory feedback. The forefoot running group was provided with minimalist footwear (the Inov-8 BareXF 210) as part of the intervention because the lack of under-heel cushioning helps promote a forefoot strike.

The cadence-retraining heel strike running group were instructed to increased their preferred cadence by 7.5% with the use of auditory feedback via a metronome. These runners were also provided with conventional neutral cushioned running shoes (the Inov-8 Road Claw 275) because these runners were not instructed to change their heel strike landing, therefore protective under-heel cushioning was needed since heel striking generates too much impact at touchdown than forefoot striking. Note that cadence can be increased without changing foot strike pattern, which is what was observed in the current study. From this, the researchers compared the effects of these gait-retraining parameters on the production of the impact forces most responsible for injury.

Their analysis showed a clear relation between forefoot striking and a significant reduction in vertical average load rates (VALR) and vertical instantaneous load rates (VILR) whereby the forefoot running group demonstrated a near 50% reduction in overall distressing impact loads and most exciting, they showed a 41.7% reduction in VALR and VILR, respectively, at the 1-month follow-up!

The impact reductions in forefoot running was partly due to the activation of the calf muscles which increased the deceleration time of the vertical velocity after ground-contact (1). In other words, after initial ground-contact on the forefoot, the heel drops down to the ground which engaged the calves as shock absorbers and ankle stabilizers.

By extension, the engaging activity of the calves immediately after touchdown in forefoot running translates into a smoother rise to a single peak vertical ground reaction force (shown below) which reflects the direct effect of forefoot running on reducing stress loads and unburdening the leg compared with heel strike running (2).

Above is a figure from the study, shows the classic vertical ground reaction force that’s always generated in both forefoot and heel strike running and is the curve identifying the point of interest as well as the range over which the load rates were calculated. The major difference between the two is: (A) Sample curve with defined impact peak, typical of a heel strike strike landing pattern; (B) Sample curve with no impact peak (i.e. smoothed curved), typical of a forefoot strike landing pattern. The VALR is the average slope along the shaded region, and the VILR is the peak slope between any 2 successive points within the bracketed region.

This is why the forefoot running group had similar reductions in impact loads as the cadence-retraining heel strike running group because forefoot striking positions the foot closer to the center of mass (upper body) at touchdown, thereby keeping stride length within a shorter range, which is another chief component in preventing higher rates of loading.

Comparatively, the cadence-retraining heel strike running group demonstrated only minor reductions in impact load rates (14.7% VALR, 9% VILR) that also did not reach significance in the short-term, suggesting that upping your cadence while heel strike running does not sustain as well as switching from heel strike to forefoot running in efforts to make the most positive difference in bringing much needed impact-protection, long-term.

Based on this line of research and studies alike, its becoming more clear that foot strike pattern matters greatly in running because where you land on your foot directly determines impact production, regardless of cadence and stride length.

Heel strike runners still produce damaging impacts even if they shorten their stride and increase their cadence. When cadence is increased, landing heel-first when running is still a very significant producer of incredibly damaging impacts. Comparatively, forefoot running is more than just another style of running. It’s the only style of running that produces so little impact that it does no harm! 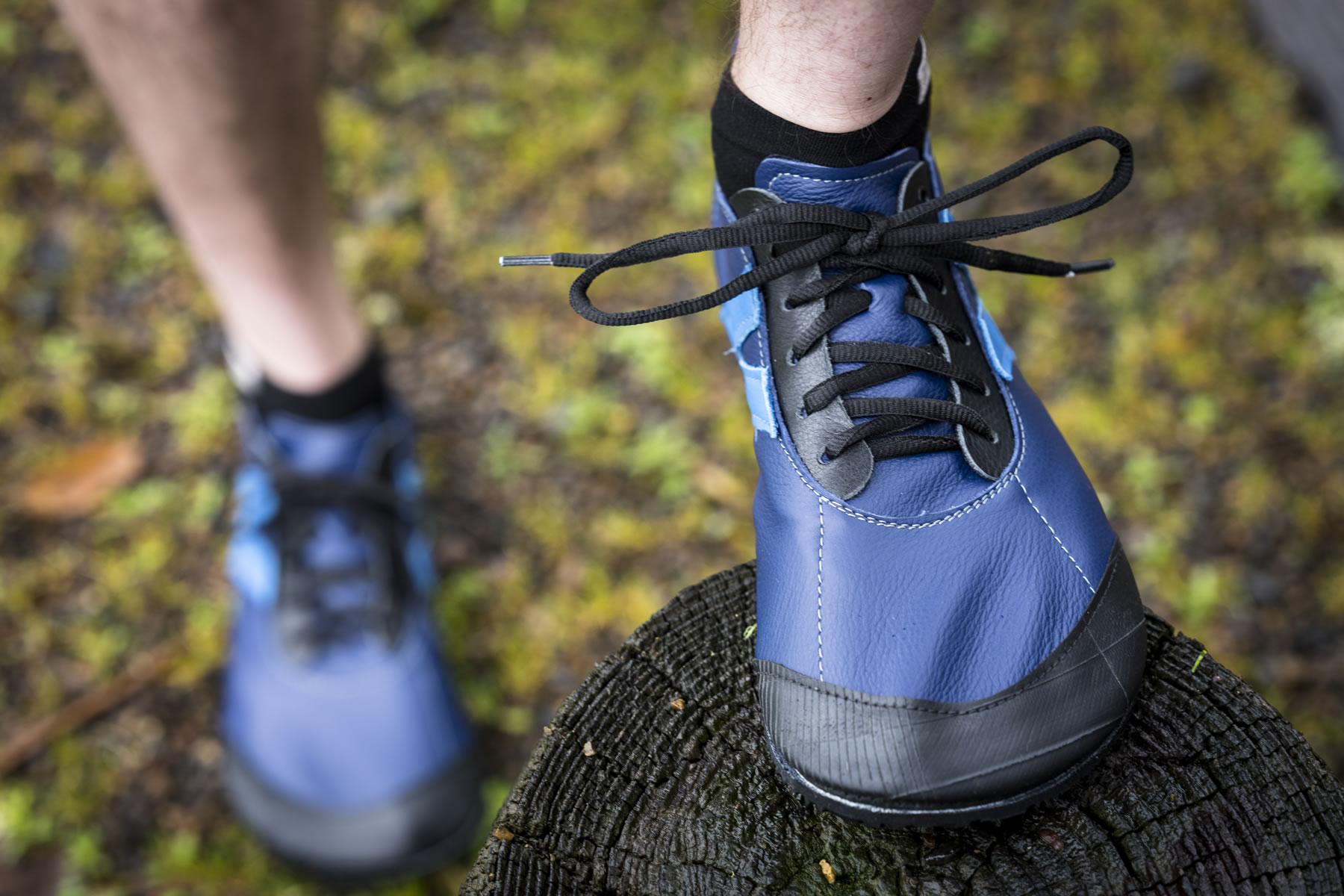