Heel injuries from running are mainly from heel striking as this style of running reduces blood flow in the heel pad, which may contribute to outside heel pain or bottom of foot heel pain. 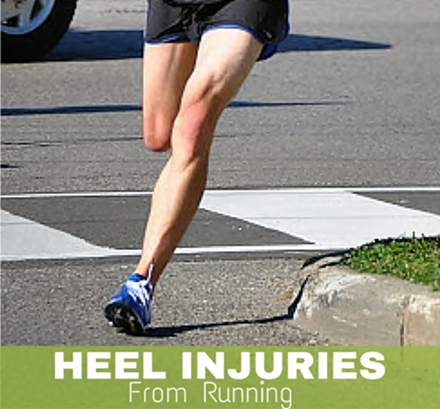 New evidence confirms that the heel pad is not durable enough to dampen the ground reaction force at heel strike (De Clercq  et al), and a cushioned heeled running shoe is not fully effective at damping the force either.

The heel pad is capable of dampening minor impact associated with walking, however peak impact at heel strike when running, especially at faster speeds, reduces blood flow in the heel pad, resulting in inadequate impact absorption. 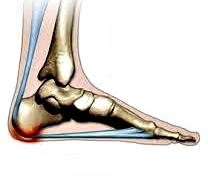 For instance, Weijers et al. discovered that the venous plexus (a shock absorber in the heel pad) deformed in long distance runners who were heel strikers:

No Luck with Running Shoes

The magnitude of the vertical ground reaction force at heel strike is so great that a cushioned heeled running shoe dampens this force by only 10%.

The good news is, these high magnitudes of impact as well as damaging heel pad pressures can be eliminated with forefoot running. Heel Striking – Increases stress response in the body and is one good way to get injured.

Weijers RE., Kessels AG and Kemerink GJ. The damping properties of the venous plexus of the heel region of the foot during simulated heel strike. J Biomech (2005); 38(12):2423-30