We all know that forefoot running is great for running economy, but we as endurance runners are always looking for other ways to get faster. So, how to build endurance for running? 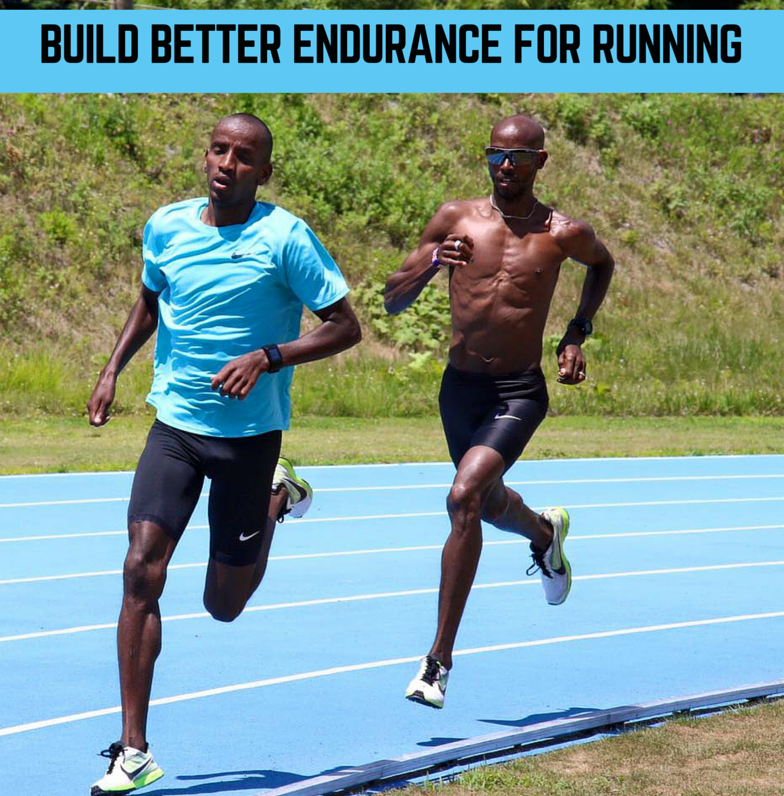 How to Build Endurance for Running

The researchers found that runners in the high intensity concurrent training group improved their average 10 km time from 44 minutes to 42 minutes after 4 weeks of training.

The training protocol included the following in this exact order:

The training protocol also included anaerobic training where runners performed 4 x 4 minutes of high intensity speed running with 2 minute rests in between. This was performed once a week on Wednesday’s.

Interestingly, the researchers found that the training protocol did not alter V02 Max and maximal activity of aerobic enzymes, suggesting that increased V02 max is not always linked to improved endurance in runners. So, if V02 max was unchanged, how does concurrent speedwork and resistance training affect the body to build better endurance for running?

One way it could have a beneficial effect is that concurrent speedwork or resistance training improves movement efficiency which arises from increased neuromuscular functions such as faster firing motor nerves, improved motor nerve excitability, and improved muscle contraction synchronization (Aagaard 2003; Folland and Williams 2007; Van et al. 1998).

The researches also offered a more physiological explanation whereby 4 weeks of concurrent speedwork and resistance training reduced concentrations of SERCA1 –an enzyme in muscle cells that is responsible for helping transport calcium protons and produces heat in some fat tissues.

Previous work have found that high amounts of SERCA can be energetically expensive because the enzyme itself is highly energy-dependent (i.e. ATP-dependent) (Clausen et al. 1991, Walsh et al. 2006), therefore too much of this enzyme can tamping down performance.

And of course, caffeine never fails to boost performance and its important that you make it part of your pre-run, and especially your pre-race routine.

Finally, always remember to land on your forefoot while you run because doing so is more effective at reducing impact as compared with heel strike running. Check out my articles on the benefits of forefoot running.