Running fast will actually be easier on your body, if you run with a forefoot strike that is. One common complaint about running is that it causes muscle soreness, especially in the knee, but if you run faster than your comfort pace, you will not only run more efficiently, you will receive less pain. 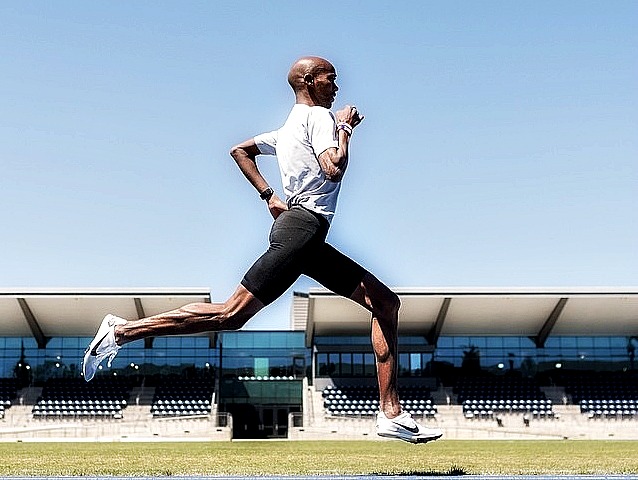 When you run too slow, your interactions with the ground become intensified because stride length is higher, cadence is lower and ankle dorsiflexion is higher which facilitates heel strike. In contrast, Daoud et al. (2012) found that well-trained cross-country runners were forefoot strikers and suffered less injuries compared to heel strike runners. Likewise, many studies indicate that the body prefers to use a forefoot strike over a heel strike at faster running speeds to impede impact, braking and abnormal knee-joint movements.

Therefore, running faster with a forefoot strike compliments the architecture of the lower leg joints, and is the biological underpinning of safe, natural running.

Falling forward when forefoot running elicits faster running speeds more easily. In fact, many researchers believe that the bulk of most running injuries and movement inefficiencies results from an upright body posture during running. After all, you can’t fall forward if you hold your trunk too upright. Many skilled forefoot runners tilt their trunk forward when they run, providing plenty of fuel for forward momentum.

Running faster elicits favorable spatiotemporal parameters that generate less impact. The trick is though, to land on your forefoot, not your heel.

Not only will running fast push you ahead of your contemporaries, it comes with a few more gifts: you burn more calories, your sequences of fast motor actions will enhance, and it molds you into a strongly built runner.