Running shoes with a toe spring are supposed to help runners propel forward, but it turns out that this toe spring makes the foot arch less capable of naturally lowering and rising and you might end up with the endless struggle of painful arches.  Perhaps because the toe spring is an unnatural construct to the human foot, making it difficult for the human foot to co-evolve in such a shoe.

In some cases, running in a running shoe with a toe spring may cause inside arch pain because the toe spring may interfere with how the longitudinal arch bends.

My Arch Hurts! Here’s Why Traditional Running Shoes Are The Problem

Previous studies have shown that toe springs weaken the feet by inhibiting bending of the longitudinal arch — an anatomical area of the foot that has spring-like properties which supply’s elastic power during running. This elastic power makes a positively sizable impact on running performance as well.

Minimalist Footwear and Barefoot Running is Better for the Arch

In forefoot running, the balls of the foot under the 5th and 4th metatarsal heads make initial ground-contact followed by the heel lowering to the ground (shown below). Therefore, heel-toe rollover does not occur in forefoot running. 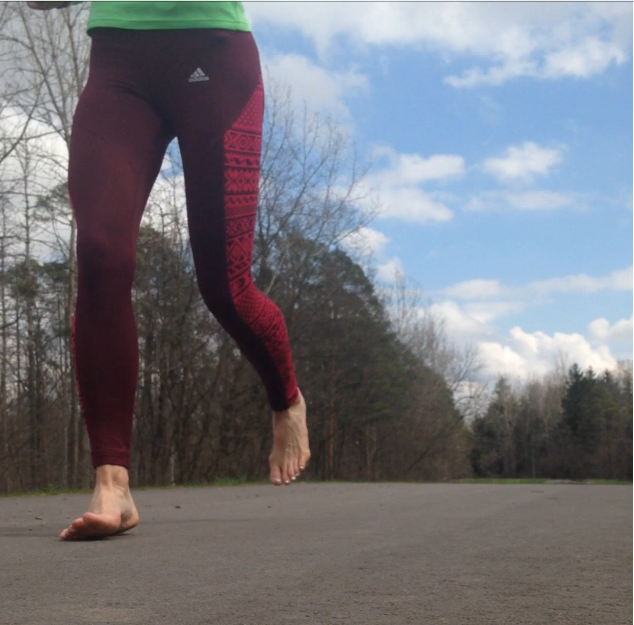 Moreover, a 1987 study by Robbins and Hanna found that subjects who spent 4 months performing barefoot activities showed an increase in arch height.

Running in a minimalist shoe, or running barefoot with a forefoot strike may provide optimal conditions for the plantar flexing muscle tendon units to produce more elastic energy, adding that springiness to your stride as well.

The toe spring robs the natural, spring functionality of the longitudinal arch, causing  it to progressively weaken and atrophy. It seems as if the arch’s bending elasticity is superior to any toe-spring, given the lack of evidence supporting the efficacy of the toe-spring in running.