If you prefer to listen to music while running, but worry that music may impair your mechanics, you may not need to worry. 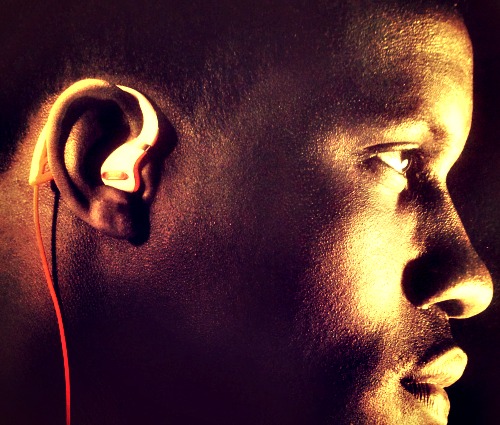 Usually when a runner, without music, focuses too much on mechanics, movements that are otherwise natural, will be over-controlled and choppy. 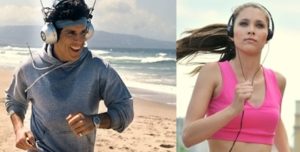 There is one thing I cannot run without and that is music.

I love music, I love running, and for me they go great together. However, many coaches recommend that heel strikers transitioning to forefoot running need to avoid listening to music to prevent a heavy foot strike and for the obvious, you need to pay attention to how you move when learning a new style of running.

It makes sense that music blasting in your ears would prevent you from hearing the heaviness in your foot strike, but I don’t agree with that because you can feel if you have a heavy strike, you don’t need to hear it. And, certain outsole materials causes your foot strike  to sound louder than it actually is.

Running for the first time without music may offer a new, heightened awareness of body movement which may not actually be good, especially during a time when you are completely modifying your biomechanics.  Why?

If you habitually run to music, without music your brain may flood with new information simultaneously which will be overwhelming and may result in different movement patterns.

The body loves rhythm, when we walk, we do so in a flowing, rhythmic fashion.  The body responds to music when running in the same way.

Studies on the effects of music on body movement in the context of sport have found that when used synchronously, the rhythmic nature of some music regulates body movement, giving a runner that added flow.

Music may also prevent your brain from over-thinking your mechanics, and thus prevent the ‘paralysis by over-analysis’ pitfall. True, when modifying your mechanics you must pay close attention to the task at hand, but the brain can only process one thing at a time, like a serial processor.

The more you clutter your brain with too many thoughts at once on mechanics while running, the faster you will tire.

When I began my heel strike to forefoot strike transition, I experimented with running without music and found myself over-analyzing every aspect of my mechanics.

Having too many technical thoughts swirling around in my head became a distraction.  Running without music made learning forefoot running exhausting and frustrating, I lost my ”flow” when I ran.

If you are a music-runner, running without music when learning forefoot running may cause over-thinking and forced, unnatural movement patterns that would normally be automatized if you were listening to your music as music takes your mind off at hand.  Similar to riding a bike, once we learn it, it becomes automatized, we don’t think about how to ride the bike every time we hop on.

~Run forefoot, because you are faster than you think!