Stretching before running may create tiny micro-tears in the muscle fibers and tendons which may effect endurance capacity and injury. 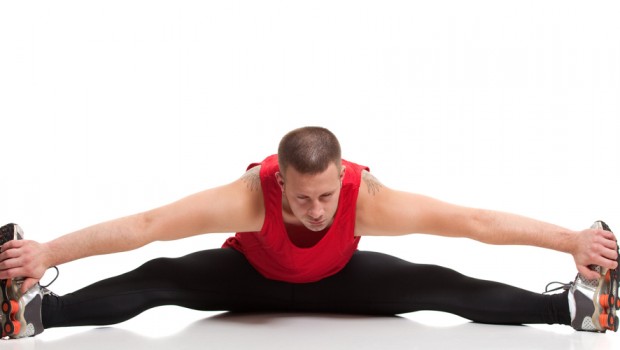 . Running comes natural to humans because early humans (hominids) used long distance running as the primary hunting method. Do you think our ancestors, 4 millions years ago, stretched before they ran?

Evidence on Protective Effects of Stretching is Lacking, HUGELY

Who said runners needed to be flexible? Our ancestors 3 millions years ago ran long distances daily while barefoot,  never stretched, and did fine.

Too Many Questions, No Answers

If stretching before running is, in some way, beneficial to a runner, what is the right amount of flexibility needed to be injury free, or to gain efficiency?  This has not been quantified yet.

Or, would stretching one muscle group effect the function of other neighboring muscle groups?  This remains poorly understood as well.

Too many unanswered questions remain about the role of stretching before running on injury prevention.  Therefore, it is probably not the greatest idea to stretch before a run.

I went through a period in my training where I incorporated calf stretches before running, until I partially tore my Achilles tendon. When I referred to the scientific literature, I discovered that one of the risk factors for an Achilles tear was ‘aggressive calf stretching’.  I never stretch now and have felt great ever since.

Accumulating research suggests an effective way to prevent running injuries is to do proper warm-ups before running:

The best warm ups for me is a nice light jog for 15 minutes, sometimes I walk fast for a 2-3 minutes during this time. Skipping rope is another great way to warm up.  Butt-kicking drills are also great.

My theory is the human body functions best in terms of movement and energy expenditure when in its natural context such as walking and running.

Activities such as stretching may be an unnatural action for the body because if it wasn’t, we as humans would be more flexible than we are.  Stretching is for gymnasts, not necessarily for runners.