Ever wonder how our ancestors ran barefoot without getting injured? The driving force for their non-injurious barefoot running style was the forefoot running technique.

Most of us have lost the ability to run forefoot because of the design of modern footwear, which for most, changes the way runners strike ground, causing a heel strike rather than a forefoot strike landing, leading to high level impact forces and injury. 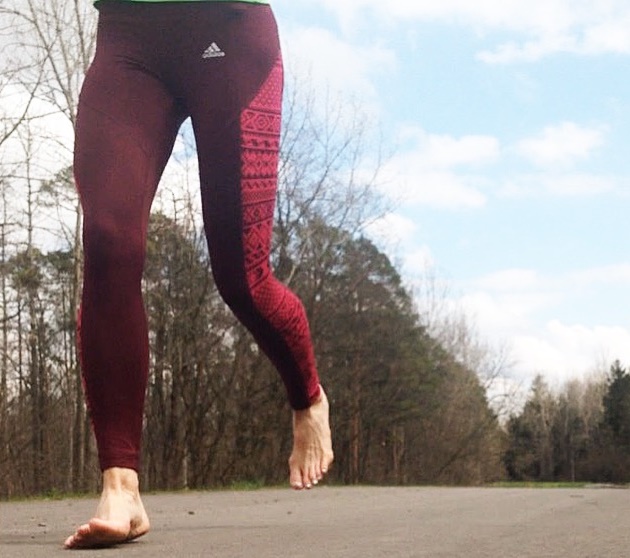 Daoud et al., purported that the forefoot running technique may have been more common for most of human evolution.

However, most recreational runners heel strike, yet the forefoot running technique is more common at high speeds and in habitual barefoot runners and minimalist runners.

But who gets injured and who doesn’t?

Statistically, barefoot runners and minimalist runners suffer less injury than recreational runners which might be trying to tell us more than we once thought: humans are hardwired for forefoot running, not for heel strike running.

Like Our Ancestors, Barefoot Runners Prefer the Forefoot Strike

Many evolutionary biologists believe humans evolved to favor a forefoot strike over a heel strike because it is less forceful, especially when running barefoot over long distances and on harder surfaces.

Numerous studies have also found that habitual shod-runners with no previous experience with barefoot running immediately adopted the forefoot running technique when running barefoot or in minimalist footwear.

Researchers have circled these clues and connections for a number of years now. We know, for example, human barefoot running has a reflexive component to it and this includes landing on the forefoot first, close to the center of mass in response to stimuli from the ground.

Since some heel strike runners who ran barefoot for the first time instantly adopted a forefoot strike, concerns researchers that certain footwear encourages an unnatural foot strike, i.e. heel strike, that is injurious.

Evidence of this nature breaks the doctrine of the inverse reality that heel cushioning is needed to run safely. The use of under-heel cushioning is counter-intuitive since humans did not adapt to run on the heels -hence the high injury rates in joggers who heel strike. Biologically, humans have the instinctive ability to reduce impact when running, barefoot, without the aid of a shoe.