At the moment, the best runners in the world are from Ethiopia. Moreover, we are easily swayed to think that Ethiopian runners are genetically gifted for running, but the justification for their exceptional endurance capacity is nonetheless shortsighted. 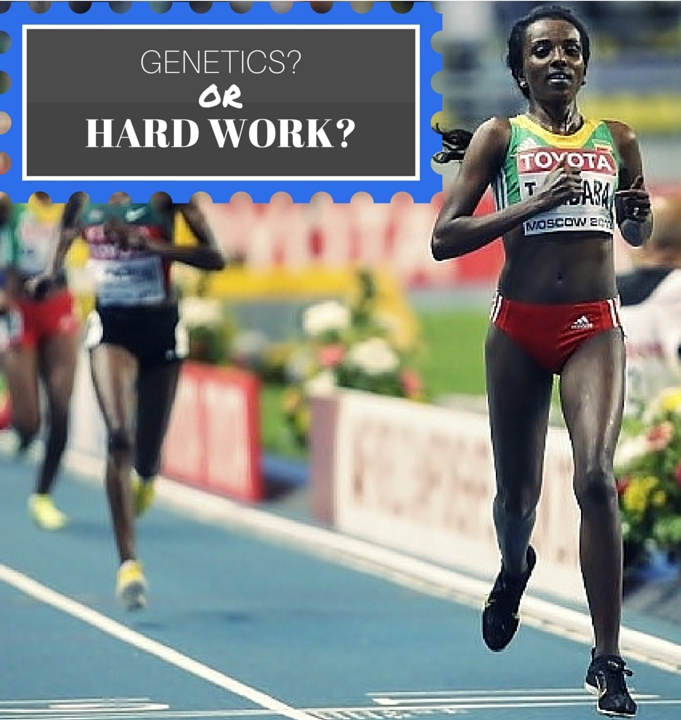 No Super Running Gene for The Best Runners

The researchers also examined the ACE gene in 317 subjects from the general population of Ethiopia.

What Does the ACE Gene Do?

The ACE gene codes for a protein that regulates blood pressure whereby a variation of the gene codes for higher muscle efficiency and greater running economy.

At first glance, experts believed that Ethiopian endurance runners had an ACE gene variant because of their superior running economy compared to non-African runners.

However, emerging studies show that the ACE gene is not a determinant of world-class endurance runners from Ethiopia.  Now, we can no longer use genetics to rationalize their field-crushing performance more easily.

Why Are Ethiopian Runners Tough to Beat?

My guess is that Ethiopian runners win because they begin training at an early age, ran barefoot until adolescence, and most likely train harder -focusing more on just running and less on drills and technology such as underwater treadmills.

Ultimately, running barefoot for so long gave these runners an early advantage to adopt stronger legs and feet and better biomechanics, which included a safer landing pattern.

One cannot forget that running is heavily ingrained into the Ethiopian culture, sort of like how hockey is to Canadians.

In all, hard training that begins very early in life coupled with running barefoot undoubtedly contributes to greater leg strength and better biomechanics which has some barring on running economy. Why Forefoot Running is Better – Learn why forefoot running is helpful to performance and injury prevention.

Heel Strike vs Forefoot Strike – An engineer’s perspective on the differences between forefoot running and heel strike running.

Why You Keep Getting Injured– Here I list all the injuries that are linked to heel strike running.