The type of heel strike running injuries range from shin splints to a femur fracture (worse case scenerio that isnt uncommon!) This is because running with the heel strike provokes the greatest amount of impact forces (as compared to forefoot running) that cultivate into cumulative strain which may not only be incrediibly distressing on the tibia bone, but also on the femur!

The femur is not only the longest bone in the body, but is also the strongest; so how can it become fractured during running if humans were born to run, especially without shoes?  The culprit to blame for such an injury is heel striking during running

Researchers use the shock wave/chronic overload model to examine how heel strike running may contribute to long bone injuries, such as a femur fracture. 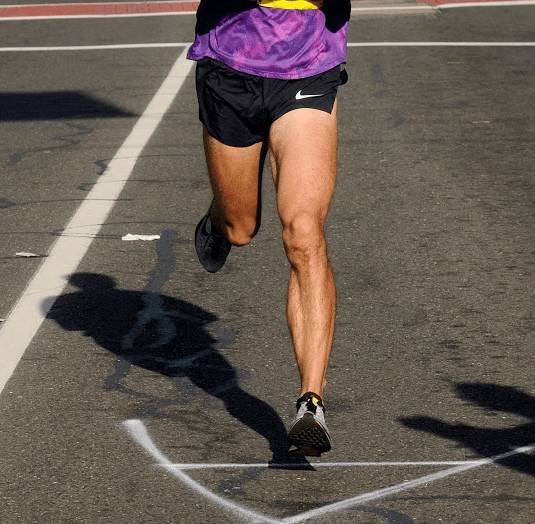 Heel cushioning is ineffective too because surprisingly low magnitudes of the shock wave was enough to produce chronic overloading.

In most cases, a femur shaft fracture develops when a heel strike runner suddenly increases their mileage within a short time.

What are the symptoms of a femur fracture induced by heel strike running?

A study by Manojkumar et al. reported that pain on the upper medial and anterior part of the thigh (front of the thigh) is an indicator, which is consistent with the symptoms Krista Duchene experienced before fracturing her femur towards the end of a half marathon.

Overall, femur fractures are uncommon in runners, but they do happen and the runners who get them are high-mileage heel strikers.

Protect the Femur with Forefoot Running

Find out how barefoot running makes you a more resilient runner.

Find out how increasing proprioception enhances your running form.

If you have any questions, see Run Forefoot’s Facebook page where you’ll see all kinds of tips on forefoot running, barefoot running and footwear. I’ll be happy to help!