By impact standards, heel strike running is the most force-intensive style of running because the impact force variables are always produced in significantly greater magnitudes and intensities and persists longer in duration, causing the muscles and soft tissues to work harder in tampering-down the musculoskeletal vibrations imposed from all the impact. This is called ‘muscle tuning’ which is the body’s natural defence mechanism in safeguarding the musculoskeletal system from impact-related damage, but it also requires energy to sustain.

Regardless of foot strike pattern during running, impact is still produced which naturally prompts muscle tuning, which is muscular and soft tissue vibrations that try and prevent impact from rising beyond a tolerable, damaging limit.

However, as compared with forefoot running, heel strike running requires more energy for muscle tuning because at heel strike, a shock-wave is generated as well as significantly greater mechanical forces and compressive loads that often reaches beyond a certain threshold of impact exposure. This causes a rapid uptick in muscle activation to engage and control muscle tuning that occurs in a higher, repetitive manner. In this capacity, the muscles are more vulnerable to pre-mature fatigue which hinders running economy since more muscular effort is needed to soften the high impacts at heel strike, and to date, researchers have failed to find a correlation between whole body vibrations and improved running performance.

Worse still, in looking at the micro-effects of high-impact running on muscle tuning, a 2011 study in the Journal of Biomechanics reported that pounding the pavement with a heel strike during running induced whole-body vibrations of high amplitudes which reduced motor firing, maximal muscle contraction force, nerve conduction velocity and peripheral blood circulation! If enough of these negative factors add up, the symmetry of good mechanics could break, adding a variety of other straining forces on the body.

Meanwhile, several studies have connected forefoot running to significant reductions in impact overexposure, and since low-impact running and lower energy costs go hand-in-hand, you’ll benefit economically if you run with a forefoot strike. 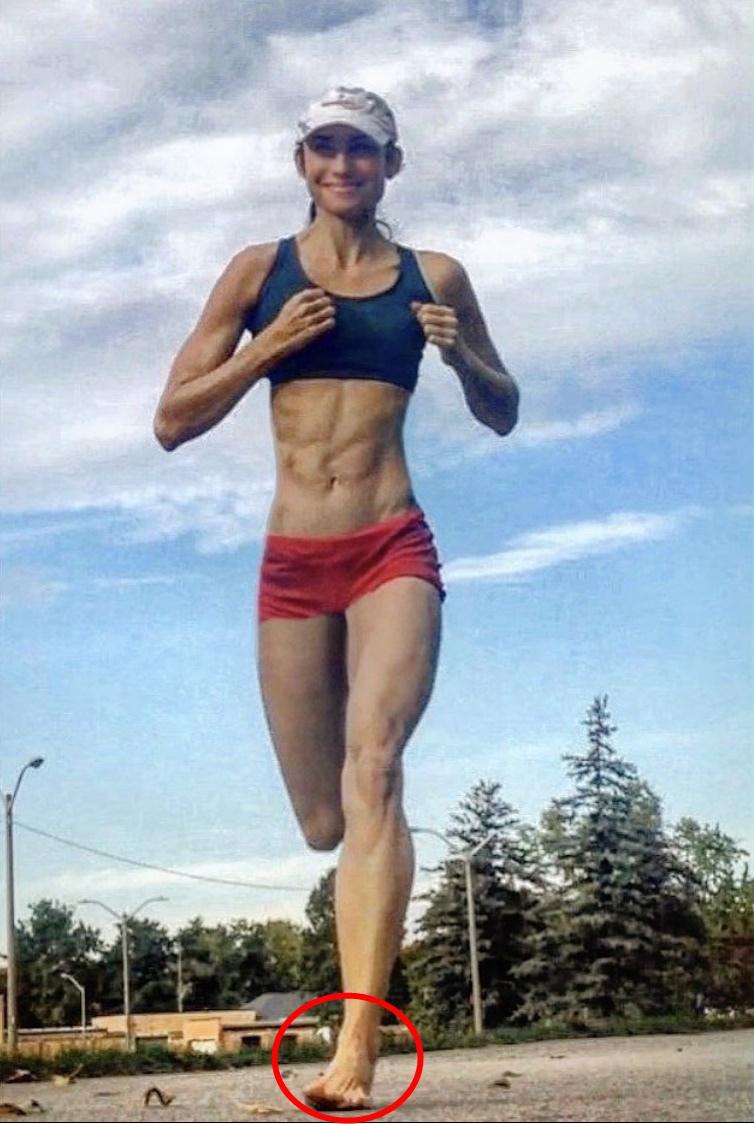 What is more, less impact hits the shins, knees, hips and back in forefoot running because much of the impact at touchdown is more highly dissipated over the foot, not the leg. The reason for this is a proper forefoot strike landing involves initial ground-contact being made towards the outer-side of the forefoot, therefore the widest part of the foot connects with the ground first, resulting in a larger surface area to contact the ground of which impact is able to spread over a larger area of the foot where much of the impact has faded before it reaches the leg.

By that measure, there’s really no point on the body that gets hit hard with damaging impact in forefoot running because impact is naturally reduced and prevented from spreading up the body, causing the muscles to work less for muscle tuning which in turn leverages up more energy to support as many miles as you want to go than heel strike running.

If you’ve enjoyed this content on heel strike vs forefoot strike running, you’ll love my content over at my YouTube channel, here, where I discuss more of the numerous benefits of forefoot running as well as barefoot running.