Knee running injuries are becoming way too common these days. Research shows that a strikingly large percentage of knee impact injuries are in heel strike runners, particularly those who jog too slow. 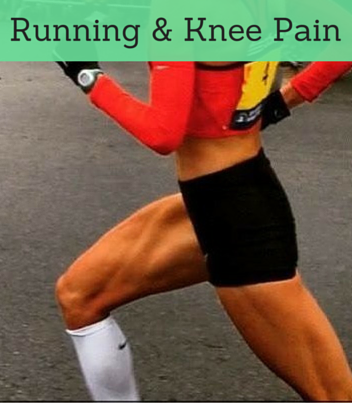 You would assume running at a slower pace with a heel strike would reduce overall impact, but this was not the case in the current study.

But increasing cadence is a good thing in running, right?

Recent reports have found that increasing cadence reduces knee pain, however this pertains to forefoot running, not heel strike running. Higher cadence is advantageous only if a forefoot strike is utilized.

As for heel strike runners, it is not possible to reduce loading on the knee by increasing cadence because heel striking is associated with more impact-related variables that result in higher peak pressures and loading rates compared to forefoot running.

For decades, experts urged caution, especially for inexperienced runners, to run slow because of the ‘high impact’ nature of running. At slower running speeds, it was assumed that the body had the
capacity to absorb impact. But not if you run on your heels.

To prevent knee pain from running, you need to run much faster and with a forefoot strike. On average, forefoot runners show a 47% lower average loading rate compared to heel strike runners. And more hints of the protective effects of forefoot running on the knee come from observations elite distance runners who mostly utilize a forefoot strike.

The Benefits of Forefoot Running

Why Heel Strike is Bad when Running