Want to dramatically improve your knee-joint health without spending a fortune on knee braces, supplements or physical therapy? Don’t heel strike when you run! 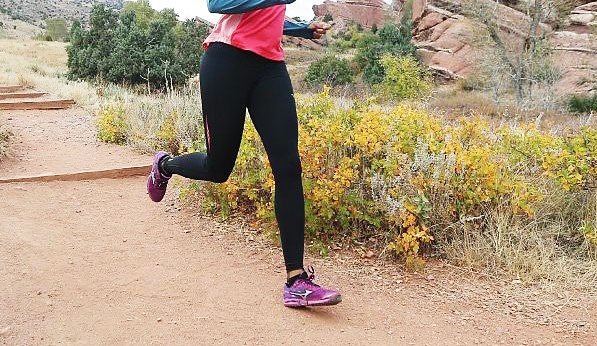 Runners who heel strike are at greater risk of common knee ligament injuries than other running styles with a more anterior foot strike pattern.

The best solution to reduce knee pain when running is to avoid heel strike, and land more on the forefoot, like most elite runners.

Accumulating data has demonstrated that the magnitude of mechanical forces in heel striking has deleterious effects on the knee, resulting in pain and tissue degeneration.

Other studies have found that heel striking increases angular work on the knee, resulting in greater patellofemoral and tibiofemoral compressive forces.

Forefoot running reduces the compressive force that contributes to runners knee. How? Because knee extension is dramatically reduced at forefoot strike, thereby over-striding is prevented.

Forefoot running reduces over-striding by allowing the ankle to be in-line with the knee via increased knee flexion at touchdown. In heel strike running, the ankle lands in front of the knee at touchdown.

Most forefoot strikers also have a higher stride frequency than many heel strikers, which reduces impact magnitude and duration.

The mechanics of heel striking causes the knee to be sensitive to injury. Some researchers believe that if a runner has a history of knee injury, or knee osteoarthritis, adopting a forefoot strike diminishes mechanical stress and loading on the knee, thereby improving symptoms of runners knee.